The Saudi-led coalition bombing Yemen has announced an end to a ceasefire agreement with Houthi rebels. The nearly two-week-old ceasefire has been violated by both sides of the conflict. 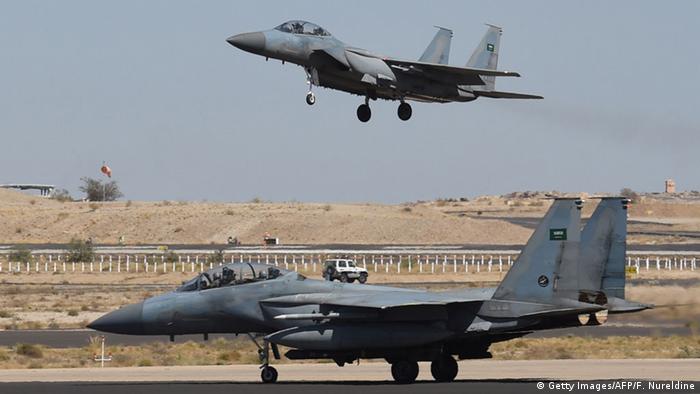 The ceasefire had gone into effect on December 15 as a confidence-building measure during inconclusive UN-mediated peace talks between the internationally recognized government and rebels.

However, the ceasefire never really played out on the ground as fighting continued to rage and Houthi forces fired Scud missiles into Saudi Arabia.

Saudi Arabia launched a Sunni Arab air campaign in March to back forces loyal to Hadi after mainly Shiite Houthi rebels took the capital and large swaths of territory. The coalition later brought in ground troops and retook some territory and the port city of Aden, where the internationally recognized government is based.

The conflict has opened room for al-Qaeda and the so-called "Islamic State" to make inroads.

The Saudi-led campaign has widely been condemned by the UN and monitoring groups as indiscriminate and needlessly destructive.

An estimated 6,000 people, half of them civilians, have been killed in the conflict since March, according to the UN.

Nearly 80 percent of the population is in need of humanitarian assistance, the delivery of which has been hampered by both Houthi and coalition blockades.

It's unclear how the end of the ceasefire may impact further talks between the warring parties scheduled for January 14.