Saudi dissidents in exile have declared an opposition party to push for political reform at home. The move coincides with a rare address to the UN by veteran Saudi ruler King Salman. 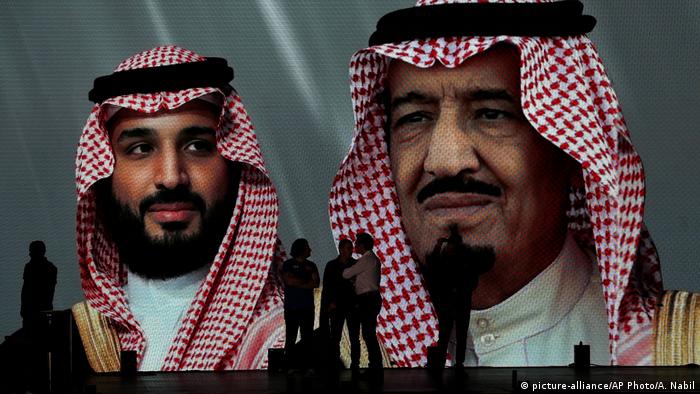 A group of exiled Saudi dissidents announced Wednesday the formation of a new opposition party, within hours of Saudi Arabia's King Salman addressing the UN General Assembly and urging it stand firm against rival Iran.

Saudi dissidents located in Britain, the US, Canada, and elsewhere, and led by London-based human rights defender Yahya Assiri, said their new party aimed "to institute democracy as a form of government in the kingdom of Saudi Arabia."

In its statement, the dissident the National Assembly Party (NAAS) asserted that "the government constantly practices violence and repression, with mounting numbers of political arrests and assassinations."

Assiri, a former Saudi air force officer, said the party's formation came "at a critical moment to try to save our country."

But, she said, the timing of the party's formation was "very important … the climate of repression is only increasing."

There was no immediate reaction to the exiles' defiance from Riyadh, which in the past has denied that its administration perpetrates abuses.

The NAAS formation, however, poses a fresh challenge for Saudi Arabia's rulers as they grapple with low crude oil revenues and prepare to host a G20 summit in November.

International criticism has mounted since 2017, when Crown Prince Mohammed bin Salman, now 35 (pictured above), was named royal heir and adopted a reformist image.

That was tarnished over the 2018 murder of the Saudi journalist Jamal Khashoggi inside the Saudi consulate in Istanbul, Turkey.

Saudi officials have denied that Prince Mohammed had any involvement. Eight people were recently jailed — five for 20 years — by a Saudi court.

Despite reforms, such as lifting the world's only ban on women drivers, dissidents say Prince Mohammed also proceeded to detain religious clerics, activists and intellectuals, and sideline potential rivals to the throne.

Addressing the UN Wednesday in a prerecorded video speech, the 84-year-old King Salman accused rival Iran of brushing aside "a hand of peace" and "using its terrorist networks."

He also said Saudi Arabia bore a "special and historic responsibility" protect what he termed the "birthplace of Islam," referring to Mecca.

From Egypt to Saudi Arabia, Arab leaders have gained a boost in US support since Donald Trump took the reins of the White House. For experts, "another term for Trump means another victory for autocratic leaders."