King Salman's response contrasts with that of Washington's other regional ally Israel, who called it a "historic mistake." US Secretary of Defense Ashton Carter is in the Middle East seeking to reassure Iran's neighbors. 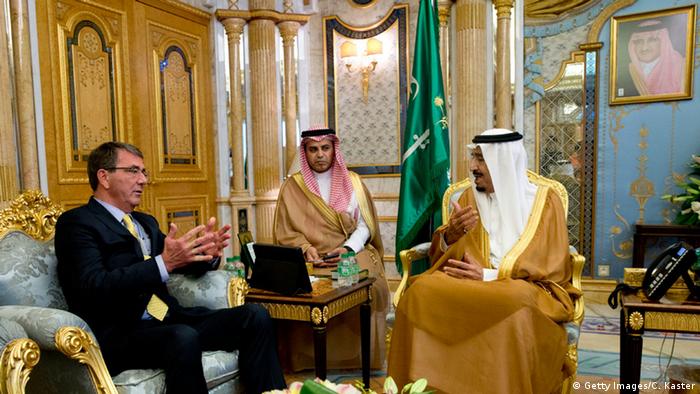 Saudi Arabia's King Salman has cautiously welcomed the Iran nuclear deal, US Defense Secretary Ash Carter said on Wednesday. But the new monarch expressed reservations about how effectively it will be enforced, he added.

Carter spoke to the media after meeting the King and the Saudi defense minister in the city of Jeddah.

Their talks followed last week's agreement between Tehran and six world powers to curb Iran's nuclear program in return for the lifting of international sanctions.

Carter told reporters that the US shared the King's concerns regarding implementation of the deal, saying that Washington remained committed to peace and stability in the Middle East.

Riyadh's response to the agreement was more favorable than Israel's. Described as "a historic mistake" by Washington's main ally in the region, Israeli Prime Minister Benjamin Netanyahu has refused to rule out air strikes on Iran's nuclear facilities. However, with Carter visiting on Tuesday, Netanyahu refrained from mentioning Iran in their joint press conference. 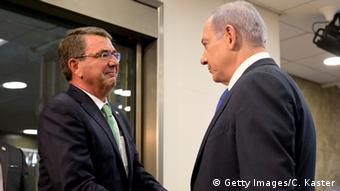 Carter spent two days in Israel on his latest Middle East trip to ward off tension between Washington and Tel Aviv.

Iran is Saudi Arabia's main adversary in the region and its ambitions to build a nuclear weapon have irritated the absolute monarchy in Saudi Arabia. The two powerhouses are on opposite sides of the civil wars in Yemen and Syria, with Iran supporting Yemeni rebels and Saudi Arabia backing Syria's.

Despite concerns from several Gulf Arab states, on Monday the UN Security Council unanimously passed a resolution endorsing the deal with Iran, a key step on the path towards lifting sanctions.

Subject to a report from the International Atomic Energy Agency confirming that Iran is keeping to its commitments, the UN will cancel restrictions, which include travel bans and asset freezes, within 90 days.

King Salman is to visit the US this Autumn, his first trip to Washington since assuming the throne in January. Carter told the monarch that President Barack Obama was looking forward to seeing him.

Carter's trip to the region concludes with meetings in Jordan on Saturday.