The wife of Saudi blogger Raef Badawi says that his planned flogging has been postponed for a third week in a row. His sentence of 1,000 lashes for 'insulting Islam' has aroused worldwide outrage. 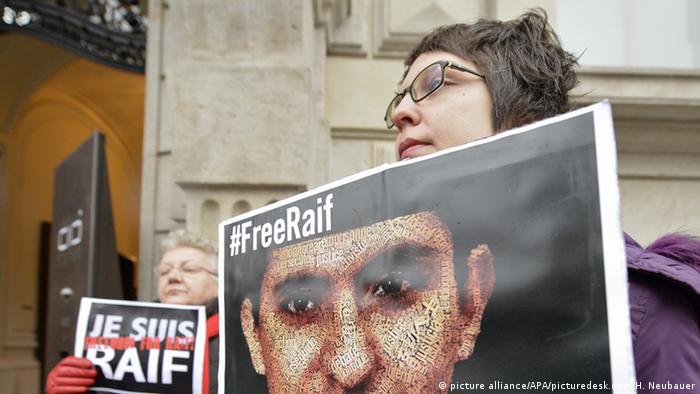 Raif Badawi "was not flogged" on Friday, his wife Ensaf Haidar told AFP news agency. She said the reason for not going through with the flogging was unclear.

Badawi received the first 50 lashes of his sentence of 1,000 lashes on January 9, but two subsequent rounds that had been due to take place on Fridays were postponed on medical grounds.

The 31-year-old blogger, who was sentenced to 10 years in prison in addition to an expected 20 weekly whipping sessions, is said to be suffering from hypertension.

His wife sought asylum with the couple's three children iin Quebec, Canada, after Badawi was jailed in June 2012.

His flogging sentence on charges of insulting Islam through his blogging website has drawn condemnation from human rights organizations around the world.

A judge ordered the website to be shut down after it criticized Saudi Arabia's religious police and called for an end to the influence of religion on public life in the kingdom.

Paris-based watchdog Reporters Without Borders (RSF) has described the internet site that Badawi co-founded "an online discussion network whose aim is to encourage political, religious and social debates in Saudi Arabia."

The group last year named Badawi one of three winners of its press freedom prize.

Saudi blogger Raif Badawi could receive 50 lashes in public on Friday for insulting Islam. People around the world have taken up his cause, protesting on the streets or on social networks. (30.01.2015)