A senior Saudi official has appeared to confirm Riyadh's plans to dig a canal separating Qatar from the mainland, turning it into an island. Qatar has been diplomatically isolated from its neighbors for over a year. 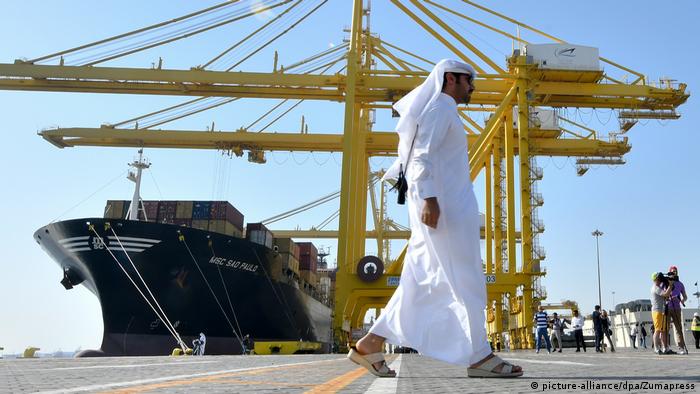 A senior adviser to Saudi Crown Prince Mohammed bin Salman appeared to confirm that the kingdom is considering digging a canal along the border with the Qatari peninsula, effectively turning it into an island.

"I am impatiently waiting for details on the implementation of the Salwa island project, a great, historic project that will change the geography of the region," Saud al-Qahtani posted on Twitter Friday.

Reports of the canal first emerged back in April on Sabq, a news website with close links to the Saudi royal family. However, al-Qahtani's remarks were the clearest reference yet that the Saudi regime is serious about the initiative.

The original report suggested that the canal would stretch some 60 kilometers (37 miles) along the Qatari border and measure around 200 meters (650 feet) in width. The cost of the project is expected to reach up to 2.8 billion riyals (€645 million, $750 million). Part of the canal is expected to host a nuclear waste facility.

Further reports in the Makkah newspaper suggested that five unnamed construction companies had been invited to bid on the project, with a winner set to be announced in September.

Saudi Arabia's canal project marks the latest stress point between the two oil-rich nations. The Saudi kingdom and its regional allies — the United Arab Emirates, Bahrain and Egypt — cut diplomatic and trade ties with Qatar in June 2017, accusing it of harboring close ties to Iran and supporting various terrorist groups.

Read more: Could America's hardline policies towards Iran be a dilemma for Arab countries?

Doha denies the charges and claims the boycott is an attempt to encroach its sovereignty.

Since the dispute erupted last year, Qatar has seen its only land border closed and residents expelled from the boycotting countries. Its state-owned airline Qatar Airways is also barred from flying over its neighbors' airspaces.

Mediation efforts by the US and Kuwait have so far failed to resolve the diplomatic row.

On June 5, Saudi Arabia, along with several Arab allies, cut diplomatic ties with Qatar in a move that sent shockwaves throughout the Middle East and beyond. DW examines the players, their interests and the implications. (21.07.2017)