At least 44 have been killed after Saudi-led coalition airstrikes struck the Houthi army headquarters in central Sanaa. Reports claim that 20 civilians were killed and more than 100 injured, including women and children. 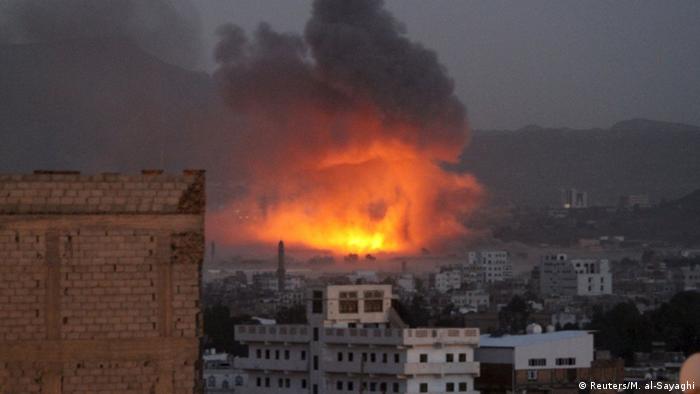 The strikes left at least 44 dead and more than 100 injured, the Houthi-run news agency Saba reported.

At least 20 civilians are said to have been killed in the attack, according to a medic at the scene, AFP news agency reported.

However, the death toll is expected to rise.

"More than 44 citizens were martyred and 100 others including women and children, according to preliminary figures," Saba news agency said.

Several nearby homes were heavily damaged by the attack, which struck the armed forces' high command building in the heart of Sanaa.

The attack comes a day after Shiite rebels launched a Scud missile into Saudi Arabian territory, which the kingdom said it intercepted.

Tensions are on the rise ahead of UN-brokered peace talks slated for mid-June.

Representatives of both the internationality-recognized Yemeni government and the Houthi rebels are said to have accepted invitations to the talks.

The Saudi-led coalition has been criticized for the high civilian death toll resulting from the airstrikes.

More than 1,000 civilians have been killed and more than a million displaced, according the UN figures.

The UN-brokered talks aim to establish a ceasefire between the warring parties in order to deliver emergency urgent aid to the conflict-stricken country.