Houthi Shiite rebels and Yemen's exiled government have agreed to attend UN-brokered peace talks in Geneva later this month. The UN has described the humanitarian situation in Yemen as "catastrophic." 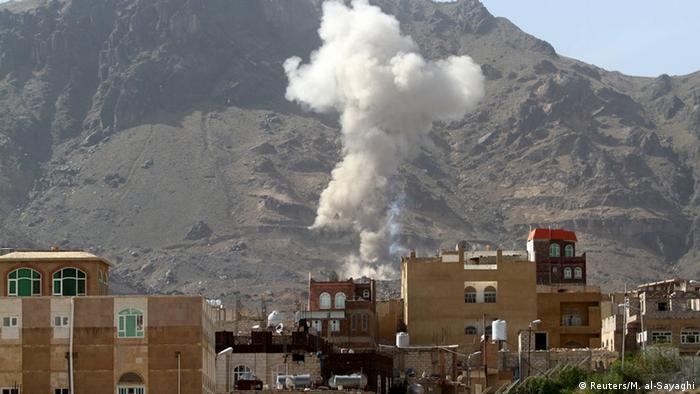 The talks are aimed at ending weeks of fighting that have cost more 2,300 lives since mid-March. A Saudi-led coalition has been bombing the Iran-backed Houthi rebels and their allies for the last ten weeks.

The Geneva meeting, provisionally set for June 14, would be the first significant effort to stop the fighting.

"We accepted the invitation of the United Nations to go to the negotiating table in Geneva without preconditions," said Daifallah al-Shami, a senior member of the rebels' political wing.

Ezzedine al-Isbahi, information minister for the Yemeni government exiled in the Saudi capital, said it would also send a delegation to the talks.

UN envoy Ismail Ould Cheikh Ahmed said the meeting would involve "consultations on implementing Resolution 2216." The Security Council passed the resolution in April imposing an arms embargo on the Houthi rebels and demanding they give up seized territory.

Diplomats who attended a closed-door Security Council briefing on Friday said the talks would try to secure a ceasefire, agree a Houthi withdrawal plan and increase deliveries of humanitarian aid.

Houthi rebels took over Sanaa last September before gaining control of much of the country. A bombing campaign in support of exiled President Abedrabbo Mansour Hadi was launched by Saudi Arabia to contain their advance.

The United Nations says more than half a million people have been forced from their homes because of the fighting. UN aid chief Stephen O'Brien described Yemen's humanitarian crisis as "catastrophic." He said 20 million civilians, or 80 percent of the population, were in need of aid.

The US State Department has revealed it held talks with Houthi rebels in Yemen last week, pushing them to negotiate a hostage release and to discuss a solution to the conflict in Yemen. The UN has echoed the calls. (03.06.2015)