Europe's largest software maker SAP has said it's working on a smartphone application to help migrants arriving in Germany to navigate bureaucracy and assist officials in registering the new arrivals. 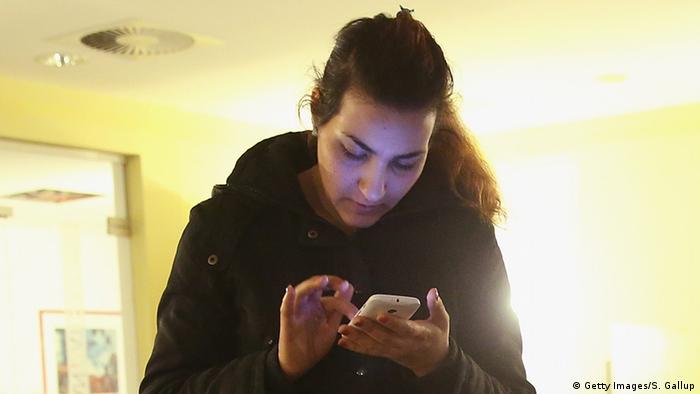 The app would be free of charge to migrants and authorities, and the company was in talks with German authorities to see if they could use it, said SAP's Stefan Ries. In an interview with the daily "Die Tageszeitung," the company's Chief Human Resources Officer added that no one had signed up so far. According to Ries the app will be ready to for use at the end of this month.

More than 90,000 migrants have reached Germany since the country opened its borders to refugees caught in Syria's civil war. Most have a smartphone to keep in touch with relatives and get information about accommodation or border controls.

Mobile resource for refugees on the road

The app - to be provided free of charge by SAP - would allow migrants to fill in personal data, details of any relatives in Germany, education and work experience while still on the road, Ries said.

German officials would be able to access registration forms from databases, allowing them to keep track of the refugees and monitor who is still in the country. 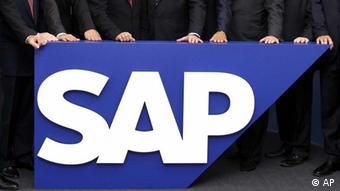 Along with the development of the app to help link refugees with authorities and voluntary assistants, SAP plans to offer 100 internships and at least 10 additional apprenticeships for refugees over the coming 12 months.

SAP produces enterprise software to manage business operations and customer relations world-wide. Europe's largest software company operates in 190 countries and has more than 74,400 employees globally. In SAP's headquarters in Walldorf near Mannheim, people from more than 80 nations are on the company's payroll.

Refugee crisis in Bavarian border town: 'We can't take them all'

A small Bavarian town on the Austrian border has been overwhelmed by the constant flood of refugees passing through. Citizens are at their wits' end. Daniel Heinrich reports from Freilassing. (16.09.2015)

Europe's largest software maker, SAP, has logged mixed second-quarter results as it continues to widen its cloud-based subscription models. But severance payments are eating into the company's after-tax earnings. (21.07.2015)