Demand for construction sand is rising faster than supply, pushing even countries in the Middle East to import it from as far away as Australia and Canada. 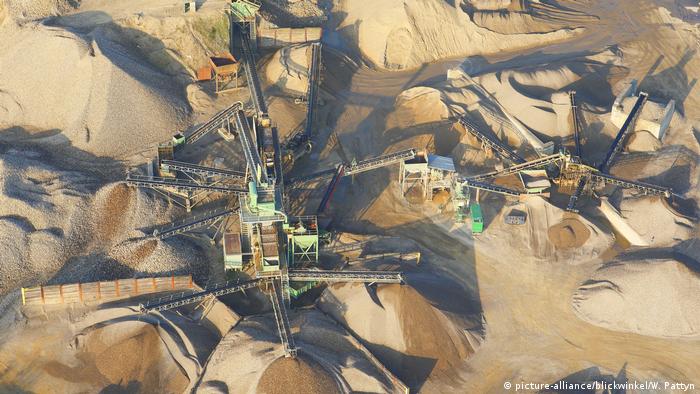 Mining so much sand is destroying ecosystems and fueling violence

It makes up the concrete of our houses, the tarmac of our roads, the glass in our windows and the silicon chips in our phones.

But sand, a building block of modern life that sits at the heart of a destructive and sometimes illegal industry, is in increasingly short supply — and nobody knows how soon it will run out.

Sand is the most used material on the planet but also one of the least well monitored. Unlike most other commodities, policymakers only have rough estimates of how much of it is used each year. A landmark report from the UN Environment Program (UNEP) in 2019 had to rely on data for cement — which sand and gravel are mixed with to make concrete — to land on a ballpark figure of 50 billion tons.

Researchers say that's more sand than can be responsibly used each year, even though more sand can be made by crushing rocks. In some regions, the shortages have already fueled targeted killings and the destruction of habitats. 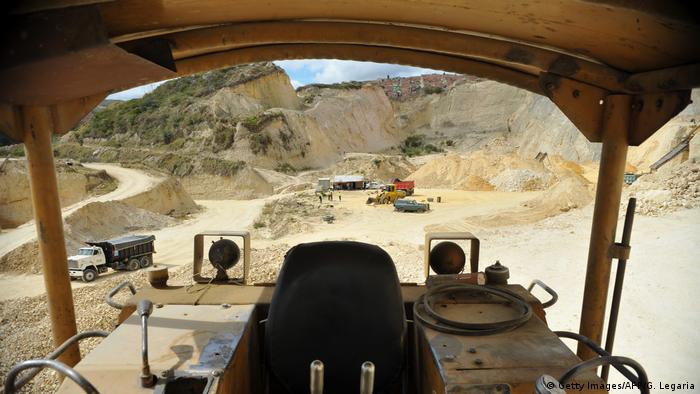 Sand mining is not well monitored

"The nature of the crisis is we don't understand this material well enough," said Louise Gallagher from the Global Sand Observatory in Geneva, who co-authored the report. "We don't understand the impacts enough of where we're taking it from. Sometimes we don't even know where it's coming from, how much is coming out of rivers. We don't know. We just don't know."

What experts do know, though, is that extracting sand in unparalleled quantities comes at a growing cost to people and the planet.

Sand mining destroys habitats, dirties rivers and erodes beaches, many of which are already losing ground to rising sea levels. When miners dig out layers of sand, riverbanks become less stable. The pollution and acidity can kill fish and leave less water for people and crops. The problem is made worse when dams upstream prevent sediments from replenishing the river.

"It has so many other impacts that are not taken into consideration," said Kiran Pereira, an independent researcher who has written a book on solutions to the sand crisis. "It's definitely not reflected in the cost of sand." 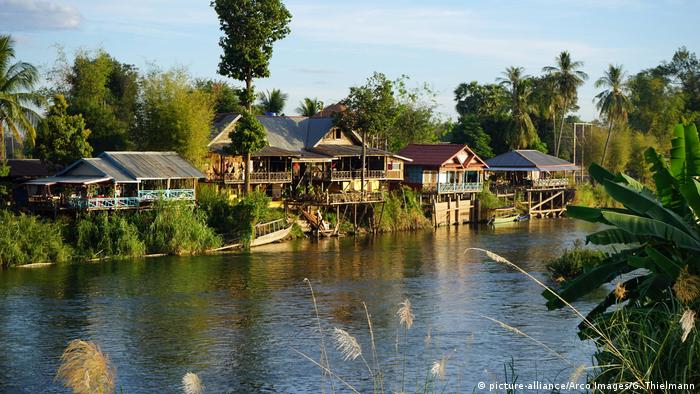 Sand mining puts homes along the Mekong at risk of collapse 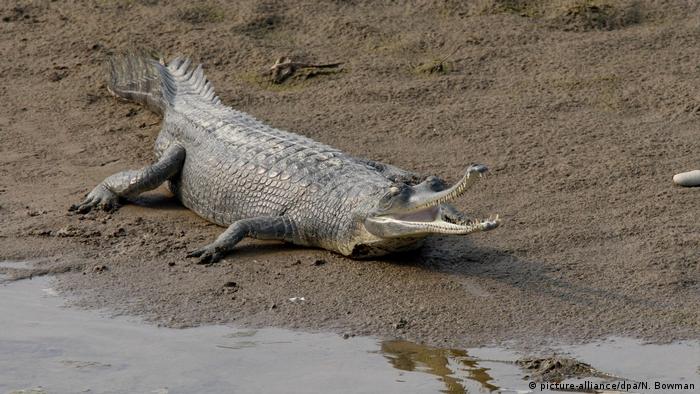 Worse, much of the impact may not be immediately visible, which makes it hard to know exactly how bad it is, said Stephen Edwards, who leads research on extractive industries at the International Union for the Conservation of Nature (IUCN). "It certainly is something that is rising to a level that we really need to be paying closer attention to."

According to an article published in the journal Nature in 2019, sand mining has helped push fish-eating gharial crocodiles in the Ganges river to the brink of extinction — fewer than 250 adults remain in the wild — and destabilized riverbanks in the Mekong whose collapse could force half a million people from their homes.

One reason the damage from mining has been ignored is that although sand is in objects all around us, it's "hidden in plain sight", said Chris Hackney, a geographer at the University of Newcastle in the UK, who studies the issue and co-authored the Nature article. "Ask people to name the most important commodity on the planet and sand is probably not the one that gets mentioned."

Sand shortages even sound counterintuitive. Although one-third of the Earth's land surface is classified as desert, much of it sandy, Middle Eastern countries like Saudi Arabia import sand from as far away as Canada and Australia. The 830m-tall Burj Khalifa, a skyscraper in the neighboring United Arab Emirates, was built using imports from the other side of the world.

This is because desert sand holds little value for the construction industry.

When winds blow over dunes, they shape sand particles into spheres. These round balls have less grip than the jagged grains found on riverbeds, beaches and sea floors, which have the friction needed to make concrete strong.

"As I grew up in Bangalore, I constantly read reports about the rivers being decimated due to sand mining," said Pereira, the researcher, adding that some of her earliest memories involve waking up at 2:00 a.m. to fetch water from a crowded public tap. "At the same time, I remember seeing hundreds and hundreds of trucks filled with sand flying up and down the roads, supplying all the construction sites." 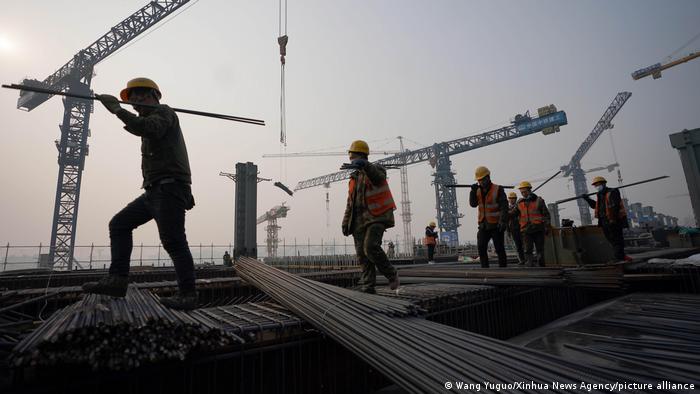 Most of the demand comes from China, which made more cement in the three years from 2011 to 2014 than the US did in the entire last century. India, the next-biggest cement producer, is projected to overtake China as the world's most populous country by 2027.

As people across Asia and Africa move to cities and the world population swells to 10 billion people by the middle of the century, demand for sand is projected to keep rising.

And it's not just for making concrete. In 2011, 20 million cubic meters of sand was dredged from the sea floor on the coasts of the Netherlands to form a natural barrier protecting against erosion and climate change. Over the last half century Singapore has built artificial islands that have increased its land mass by a quarter using sand imported from Cambodia, Vietnam, Indonesia and Malaysia. Dubai's artificial Palm Islands, visible from space, were made with sand dredged from the bottom of the Persian Gulf. 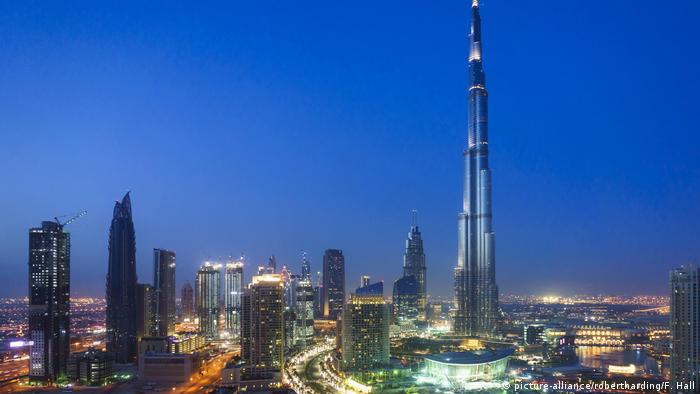 The world's tallest skyscraper was built in the UAE, which is partly desert, using sand imported from Australia 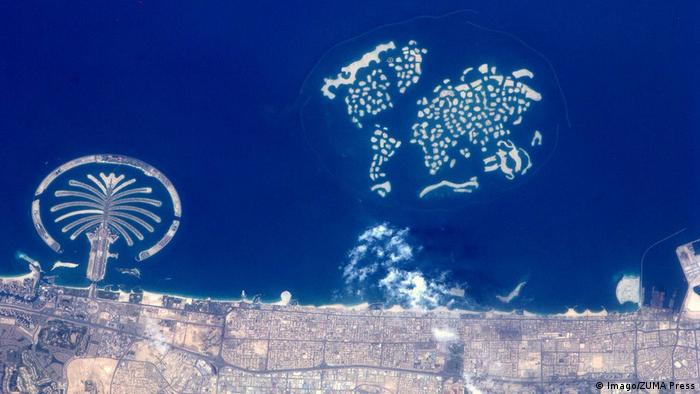 And then there's the human cost.

As sand prices have risen, police officers in countries from South Africa to Mexico have kept reporting dead bodies at the hands of miners.

Nowhere is the violence worse than in India, home to the world's deadliest "sand mafias." Criminal gangs there have burned journalists alive, hacked activists to death and run over police officers with trucks. A report last year from the South Asia Network on Dams, Rivers and People, an environmental group based in Delhi, counted 193 people who died through illegal sand mining in India over the last two years. The main causes of death were poor working conditions, violence and accidents.

While some miners dive to the bottom of rivers hundreds of times a day without protective clothing, and there are reports of child labor from India to Uganda, the industry has rarely been held accountable.

In late February, a special court in Delhi jailed the boss of Indian beach sand giant V.V. Minerals and a former director of the environment ministry for bribery. The mining baron, who has denied allegations of illegal sand mining that stretch back decades, had been caught paying the university tuition fees of an official's son in exchange for an environmental clearance, in a case that one local news outlet compared to notorious American mobster Al Capone being jailed for tax violations.

To solve the sand crisis, experts say world leaders need to better regulate the industry and enforce laws against corruption, as well as monitoring global sand production. They would need to cut demand for sand by finding alternatives to concrete and building more efficiently with materials like timber. The waste from demolished buildings could be reused as aggregate for roads, for instance.

Some researchers are exploring ways to make the world's abundant desert sand suitable for building, by heating and crushing the grains, and are now looking to make the processes cheap enough to be practical.

"Our ability to construct does not depend on our need for sand," said Pereira. "We can decouple these two and still build and allow for human prosperity without destroying our ecosystem."

Correction: This article was updated on 16 February to remove an implication that V.V. Minerals was connected to riverbed mining and child labor. It actually mines beach sand, and has not been connected to reports of child labor.

What do houses, streets, telephones and microchips have in common? They all contain processed sand. Now African countries are raising the alarm because of their disappearing beaches.