The tiny, predominately Catholic San Marino has voted overwhelmingly in favor of allowing abortion to be legal by a margin of almost four people in five, albeit with limited turnout. 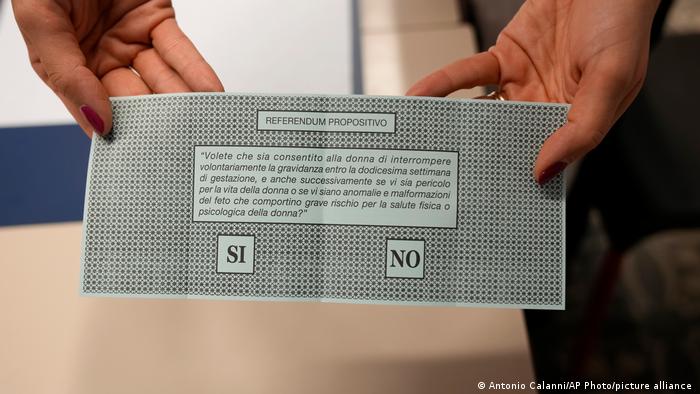 San Marino on Sunday voted overwhelmingly to legalize abortion,  overturning a law dating back to 1865.

One of the world's oldest republics, the microstate of San Marino had been one of the European states that still criminalized abortion.

Lawmakers in San Marino must now draft the legislation to legalize the procedure.

Around 77% of voters were in favor, though turnout for the vote was only 41% in the tiny country.

More than 35,000 voters, a third of them living abroad, were eligible to vote in the referendum.

The vote calls to make abortion legal in the first 12 weeks of pregnancy, or beyond if the woman's health is at risk, officials told public broadcaster San Marino RTV.

With its close ties to the Catholic Church, the ruling Christian Democratic Party posed the strongest opposition to decriminalizing abortion.

The party called for a "No" vote to "defend the right to life."

The influence of the Catholic Church remains strong in San Marino. Last week, Pope Francis reiterated his firm position that abortion is "murder."

Under San Marino's law, abortion has carried a penalty of up to three years in prison for the woman and six years for the doctor who conducts the procedure. But despite the nominal total ban, nobody has ever been convicted.

Women in San Marino who choose to get the procedure have typically crossed into Italy, where abortion has been legal since 1978.

"It's unacceptable to view as criminals women who are forced to have abortions," said Francesca Nicolini, a 60-year-old doctor and member of the Women's Union that had called for the referendum.