US technology firm Apple has attempted to bloc the sale of Samsung's newest Galaxy S3 smartphone in the US on grounds of patent infringement. Unfazed, Samsung says its phone will hit US shelves later this month. 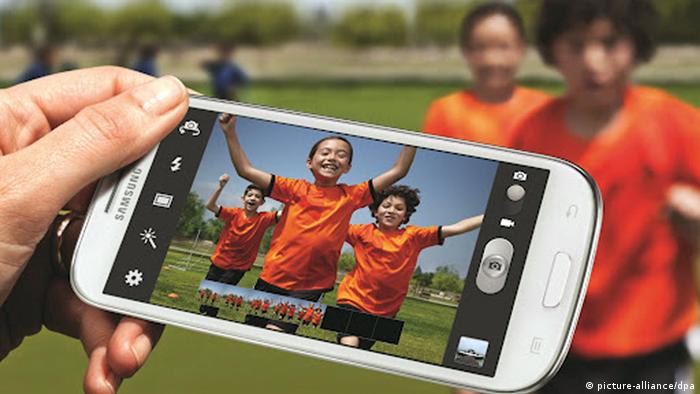 In the filing, Apple wants the court to include Samsung's new smartphone in its existing legal complaint against the Nexus model - the South Korean company's previous smartphone made in collaboration with Google.

"The device clearly infringes on at least two of the Apple patents at issue in the preliminary injunction motion for the exact same reasons as the Galaxy Nexus," Apple wrote in its filing, and after obtaining the smartphone in the United Kingdom.

Apple argued that the new Samsung phone could cause "irreparable harm" to its own commercial interests, citing media reports that carriers had already sold more than 9 million units in pre-orders.

Apple and Samsung are engaged in dozens of legal battles in a total of 10 countries worldwide, accusing each other of patent infringements as they seek supremacy in the lucrative smartphone and tablet PC markets.

Last month, two days of "peace talks" ordered by a US court failed when the two companies were unable to thrash out a truce.

Samsung dismissed Apple's request as being "without merit."

"We will vigorously oppose the request and demonstrate to the court that the Galaxy S3 is innovative and distinctive," the South Korean firm said in a statement.

In addition, Samsung reassured its US customers that Galaxy S3 sales would "proceed as planned" with the smartphone's official launch in the US scheduled for "later this month."

The third generation Galaxy S series has so far been launched in 28 countries, including in China on Thursday. It offers improved features such as face-recognition technology and a more powerful processor that allows users to watch video and write emails simultaneously.

According to tech market research firm Strategy Analytics, Samsung sold more smartphones than Apple in the first quarter of 2012, shipping 44.5 million units compared to 35.1 million for its US rival.