Spanish painter Salvador Dali's body is being exhumed for the purpose of conducting a paternity test. A 61-year-old woman claims the surrealist painter fathered her during an affair with her mother. 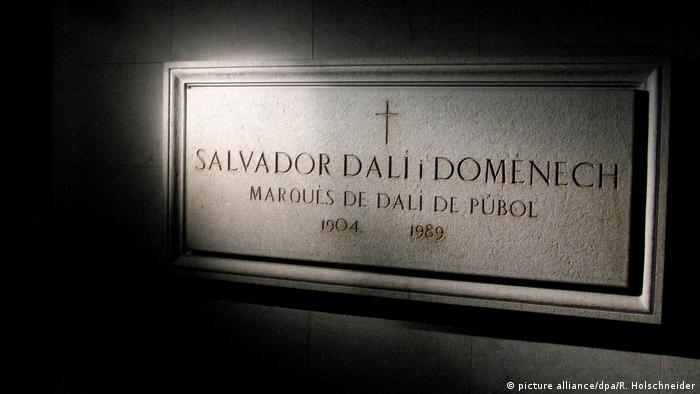 Salvador Dali's unusual and eccentric lifestyle seems to have followed him to the grave, as his embalmed remains were due to be exhumed to collect DNA samples for a paternity test.

Forensic experts have started removing a 1.5-ton heavy stone slab from Dali's grave for the first time in 27 years to evaluate the state of the remains and see if any genetic material can be obtained - or if the chemicals used for preserving the artist's body have damaged his genetic information 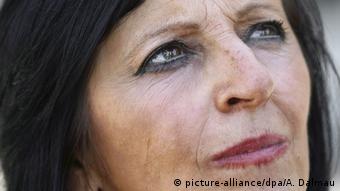 Sixty-one-year-old Pilar Abel claims her mother had had an affair with Dali in the 1950s while she was working as a domestic helper in the northeastern Spanish town of Figueres, where the surrealist artist was born. The tarot card reader went through two decades of court battles until a Madrid judge last month granted Abel a DNA test to find out whether her allegations were true.

"I am amazed and very happy because justice may be delivered," she told the news agency AP at the time of the court decision, adding that her main motivation was a desire to honor her mother's memory.

"I have fought a long time for this and I think I have the right to know."

The plans for the exhumation include the removal of four teeth, some nails and the marrow of a long bone, but only if the corpse's status allows it. The process could take up to 11 hours, the regional Justice Department said, and the samples would then travel to a forensic lab in Madrid, where an analysis could still take weeks.

However, there's more at work than just a quest for the truth. Abel's lawyer, Enrique Blanquez, said a judicial victory for Abel would give her a chance to seek a quarter of Dali's estate in further lawsuits, in accordance with inheritance laws in Spain's Catalonia region.

Dali and his Russian-born wife Elena Ivanovna Diakonova - known widely as "Gala" - had no children of their own together. Gala only had a daughter from an earlier marriage to French poet Paul Eluard.

Upon his death in 1989 at age 84, Salvador Dali bestowed his estate to the Spanish state. His body was buried at the local theater of his hometown Figueres, which had been rebuilt to house the artist's remains in the 1960s. 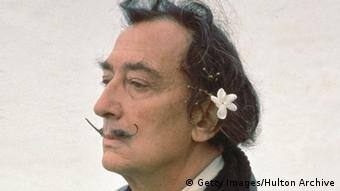 Dali is considered one of the vanguards of surrealism

The building now hosts the Dali Theater Museum, where extra measures were taken to avoid the taking of any pictures of the exhumation process; this includes the covering of the museum's glass dome to avoid any possible photography or video taken by drones.

The foundation behind the Dali Theater Museum will comment the next morning on how the exhumation went.

A collection of Surrealist and pre-Surrealist art has gone on show in Berlin. The exhibition of paintings, sculptures and sketches includes works by Max Ernst, Salvador Dali, René Magritte and Goya. (13.07.2008)