The latest violence has sparked concerns about the German Salafist scene. Islam expert Herbert Müller of the Federal Office for the Protection of the Constitution explains why the extremists pose a threat. 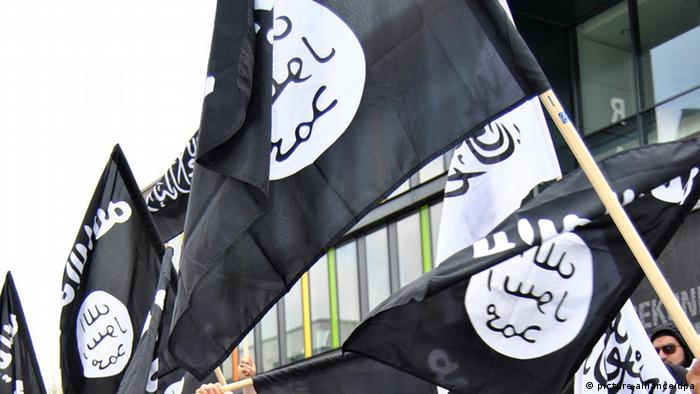 DW: Salafism is a general term often used to describe all the dangerous elements in the German Islamist scene. What's really behind that term?

Herbert Müller: Salafists are people who think they should live like their pious ancestors – that is they want to follow the example set by the prophet and the three following generations.

Is it fair to describe Salafism as the core of "jihadist tourism"?

If you look at al Qaeda, then you could say: Yes, Salafism in the end is at the heart of what we today call Islamist terrorism. But it's more diverse and one shouldn't forget that there are other elements to it. There are other movements that feed into it too, like some elements of the Muslim Brotherhood, or the Wahhabi, which is the official form of Islam in Saudi Arabia. We can therefore assume that we're dealing with an older movement here and that political Islam has been combined with a militant element.

Aren't we doing some of the Salafists an injustice, if we describe them all as violent? 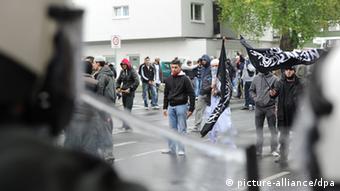 Of course you can distinguish between those who are prone to violence and those who aren't. Some experts indeed say that there is an apolitical form of Salafism. But I think it's problematic to say that the Wahhabi or Salafists don't have a political element and that they are merely a religious movement. Salafism aims at having an impact on society as a whole.

How many Salafists are there in Germany? And how many of those are considered to be dangerous?

It's difficult to give exact numbers. Since they are not properly organized, we can only guess on the basis of how many people attend rallies and events. It's more like loose groupings. We believe that there are between 3,800 and 5,000 Salafists in Germany. How many of those are jihadists can't really be said. But we've seen that many are changing with time in the sense that they become more militant – and vice versa.

Were you surprised that violence broke out at the recent demonstration of the right-wing Pro NRW party and the Salafist counterdemonstration?

I don't think you could really be surprised about that. We've seen that they have become more radical in their rhetoric. It seems that now they wanted to show that they're for real.

What can we expect from the Salafists in the coming months? Will they retreat or will there be further violence? Are they likely to commit a large scale terror attack?

From experience we can say that the people who are very active in the scene and who are in the focus of attention are usually not the ones who are planning terror attacks. But it's quite significant that at the demonstrations, the Salafists are bluntly showing the black flag. It has a very symbolic character. That same black flag is also a symbol for al Qaeda. So it's important to know – also for the police – what kind of a mindset they are dealing with here. It's also worth considering that German Salafist convert Pierre Vogel has this message coming out of Egypt: "If there is a Muslim state and in another country the prophet is being insulted, then there will be a declaration of war." It seems that the scene is not willing to back down and openly threatens the German state, the chancellor, the interior minister and German citizens abroad. The Salafists are quite bold to do that.

Should Germany step up its security level in reaction to this?

How high should the security level get? I think all the authorities are doing their job the way they should. The last thing we need is gesture politics. Instead we rather have to concentrate on monitoring the scene.

Is Germany's Salafist movement being radicalized?

The Interior Minister of Germany's western state of North Rhine-Westphalia (NRW) has ordered a ban on far-right groups displaying Mohammed caricatures which provoked riots in Bonn on Saturday. The courts seem opposed. (07.05.2012)

Egyptian security forces and protesters have clashed close to the defense ministry in Cairo, with protesters throwing rocks and police responding with water cannon and tear gas. Hundreds were injured in the clashes. (04.05.2012)