The European Parliament has awarded its Sakharov Prize for Freedom of Thought to Venezuela's opposition-dominated National Assembly, as well as to political prisoners in the country. 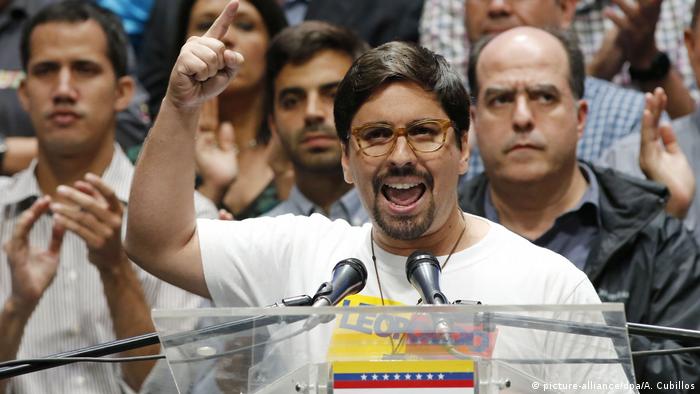 Lawmakers from across Europe's political spectrum have agreed to bestow the European Parliament's most prestigious human rights award on Venezuela's opposition and political prisoners.

The National Assembly in Venezuela was nominated for the award by the center-right European People's Party (EPP) parliamentary grouping along with the Alliance of Liberals and Democrats for Europe (ALDE group).

EU lawmaker and EPP group member Jose Ignacio Salafranca said the Venezualean opposition was an example for all.

"They are brave people who, despite being beaten or imprisoned, are not afraid and do not give up, but fight for their freedom and for their dignity,"he said, adding that the award will contribute to restoring freedom, democracy, peace, human rights and rule of law in Venezuela.

The oil-rich South American country is caught up in an economic, humanitarian and political crisis which has seen deadly protests and left millions of citizens facing shortages of basic goods such as food and medicine. President Nicolas Maduro has attempted to consolidate his power by creating a rival assembly to rewrite the country's constitution, stripping the opposition-controlled National Assembly of its power.

The ALDE group president Guy Verhofstadt said the award supported "the fight of democratic forces in favor of a democratic Venezuela and against the Maduro regime."

The Sakharov Prize for Freedom of Thought is awarded each year by the European Parliament to individuals or groups who have made "an exceptional contribution to the fight for human rights across the globe. The award, established in 1988, is named after Soviet dissident Andrei Sakharov.

Madrid has asked Venezuela's ambassador to explain President Nicolas Maduro's comments on the tensions in Catalonia. Maduro accused Spain of holding political prisoners after the arrest of two separatist leaders. (18.10.2017)

In an exclusive DW interview, Venezuela's former attorney general claims she has proof of extrajudicial killings and human rights abuses that could land President Nicolas Maduro before the International Criminal Court. (14.10.2017)