Sailors around the world stranded because of coronavirus pandemic | Business| Economy and finance news from a German perspective | DW | 13.07.2020

Globally many thousands of seafarers are stuck on their ships. They cannot go home because of the coronavirus crisis and the situation is creating a backlog in the global shipping industry. 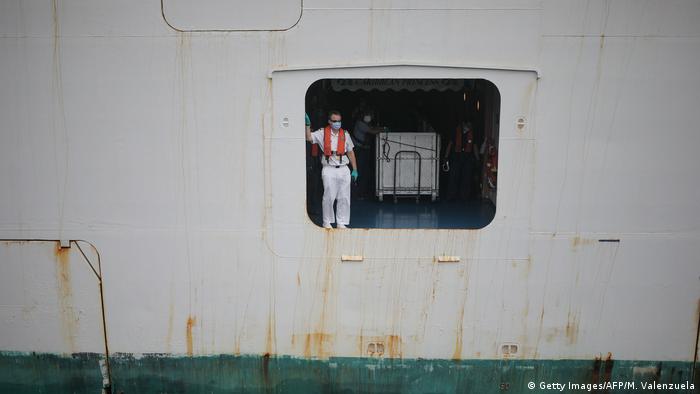 In the Arctic, a German research vessel drifts through the northern Arctic Ocean frozen in ice.

Named "Polarstern" it is an international expedition that is being followed with great interest. But in April the expedition had to be interrupted because the 100 scientists that were going to replace the ones on board could not come because of travel restrictions caused by COVID-19.

The problem was finally resolved after three weeks when two other research ships — Sonne and Maria S. Merian — took the replacement team from Bremerhaven, Germany, to Svalbard, Norway, after the scientists spent two weeks in quarantine.

What worked relatively smoothly for a special international project cannot, however, be applied to the maritime sector in general. The German Shipowners' Association (VDR) complained about the precarious situation of sailors on the International Day of the Seafarer on June 25.

"It is an unsustainable situation that sufficient crew rotations are still not allowed," said Alfred Hartmann, a shipowner and president of the VDR. The association estimates that at the end of June, 200,000 sailors were waiting to be replaced while just as many were ashore waiting for their deployment. 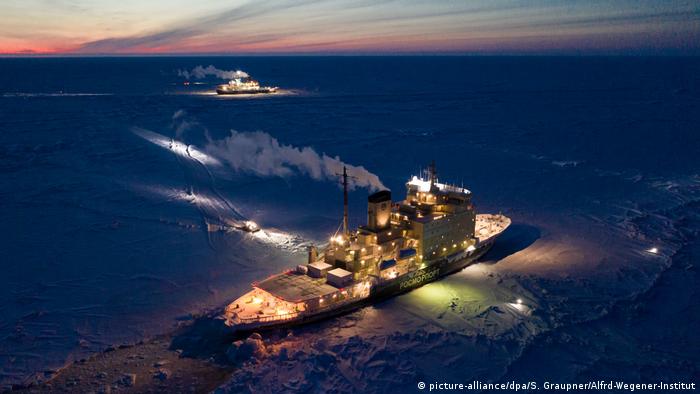 In the past few weeks the situation has eased slightly though according to Maya Schwiegershausen-Lüth, a maritime expert at the Verdi union. But "even if the number of stranded people has been reduced, the topic is more pressing than ever," she told DW.

Estimates from the UN's International Maritime Organization and surveys by the International Transport Workers' Federation show that between "120,000 to 150,000 seafarers were still waiting to leave their jobs and go home," said Schwiegershausen-Güth. She also pointed to "a similarly large number of sailors who are waiting at home to return to work on board the ships."

A carousel slows down

The coronavirus crisis has slowed down a complicated carousel of personnel that has been working for years. More than 1.2 million sailors work on around 55,000 merchant ships worldwide and of these around 200,000 of them are replaced every month by fresh crews.

But this system no longer works because of different quarantine regulations in different places. Now, constantly changing visa regulations must be observed. In addition, there is often no possibility of traveling by plane.

Cruising into the unknown

Despite the fact that crew rotations are becoming possible in more and more ports, still the problem is far from being resolved.

"Let's not be fooled," warned VDR president Hartmann, successful crew changes are "the exception and not the rule."

The shipowner also pointed out the economic problems caused by the difficulties in changing crews: "If the situation does not change, logistics chains will break because ships can't sail," said Hartmann. "Then supplies for all of us are also at risk." In fact, around 90% of the goods traded worldwide are transported by sea.

For those stuck on their ships tensions are increasing. It is no wonder that many are increasingly frustrated at being confined to a relatively small space.

There is seldom any real help for the afflicted. They usually only get encouragement from the seaman's missions, churches or private individuals in ports. Pope Francis, UN Secretary General Antonio Guterres, the EU Commission and the International Maritime Organization have also spoken out for sailors in the past few weeks. 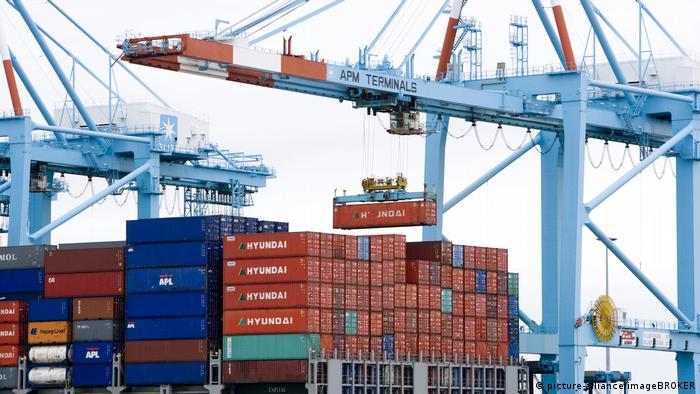 This container ship in Zeebrugge, Belgium, may still be able to unload its cargo, but the crew are not allow to disembark

With all this pressure there have already been some small successes in the cruise ship industry. Nevertheless, the situation on board is often unbearable, especially for sailors who have to renew their contracts for the second or third time because they cannot get off the ship. For these workers the stress and psychological pressure is increasing.

"We have recently heard about more reported suicides, which is not surprising in an industry where there is already a high overload situation and risk of suicide, according to an OECD study from 2019," noted Schwiegershausen-Güth.

A call for help

The legal situation for sailors is also complicated. It's not just Germans who work on German ships. In addition to crew members with a German passport, there are colleagues from other countries — many from Asian countries. In addition, German ships often sail under a different flag. Some use flags of other EU countries, but many register their ships in Africa or the Caribbean where ship operation is less strictly regulated and much cheaper.

Ships that use a flag of convenience are also a problem for trade unionist Schwiegershausen-Güth. She often feels left out in the cold by "big flag" countries like Panama, the Marshall Islands or Malta. "Flag states rarely assume responsibility and stand up for the sailors on the ships in their register," she said.

Schwiegershausen-Güth therefore wants other governments to create policies that help seafarers who are stuck on ships. The German government must "convince nations to lift travel restrictions for seafarers and take all necessary measures so that a safe crew rotation is again possible."

The Polarstern, a German research vessel, has found a suitable ice floe to begin its 12-month drift through the Arctic ice sheet. The ship's crew will research the effects of climate change on Arctic ice. (04.10.2019)

Ghost ships around the world

An abandoned ship washed up on the rocky shores of Ireland this week. From the Flying Dutchman tale to North Korean ships washing up on the Japanese coast, 'ghost ships' occupy space in both folklore and reality. (18.02.2020)