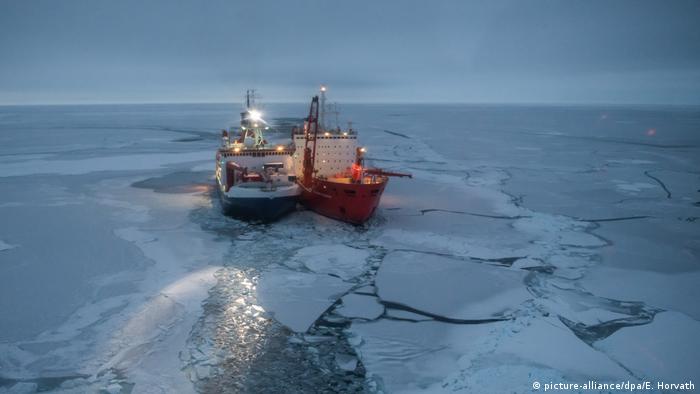 German research vessel Polarstern has found a suitable ice floe to begin a yearlong drift through the Arctic Ocean. The research expedition will investigate the central Arctic's climate system, where the effects of climate change have rapidly increased.

Read more: Tipping points: Some corners of the globe have a key impact on climate change

"It may not be the perfect floe, but it's the best one in this part of the Arctic, and offers better working conditions than we could have expected in a warm Arctic summer," said Markus Rex, leader of the MOSAiC expedition at the Alfred Wegener Institute for polar and marine research. MOSAiC stands for multidisciplinary drifting observatory for the study of Arctic climate. 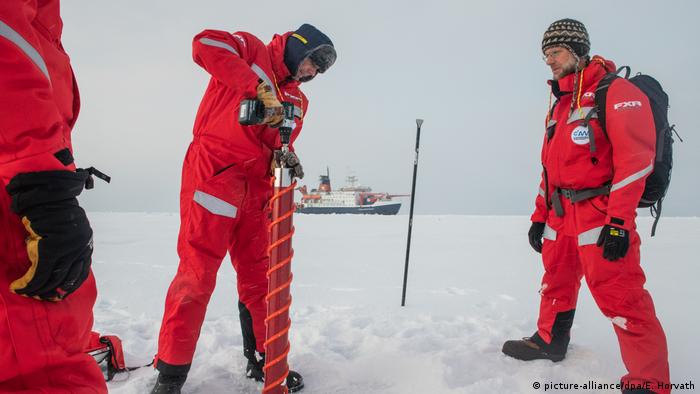 'Prepared for all scenarios'

"We'll have to wait and see if it's also stable enough to withstand the autumnal storms that are brewing," Rex said. "But we're prepared for all scenarios."

Cruise leader Christian Haas, a geophysicist, spoke with DW in September. "On the expedition we want to better understand the processes and energy flows between the air, the ocean and the ice," he explained.

He also explained the reason why the expedition needs to be a year long.

"As the ice gets older, it's important to understand the interplay between winter freezing and summer melting, so we can judge whether the ice is getting thicker or thinner."

Over the course of 12 months, 300 scientists from 17 countries will take turns working on the ship.

The Polarstern set sail from northern Norway on September 20. By late 2020, the ice floe will have drifted from Siberia to northern Greenland.

The Polarstern's drift is being billed as a scientific first. The expedition is expected to cost €140 million ($158 million).

An icebreaker like the Polarstern would usually be unable to enter the thick winter ice, but by setting off earlier in the year the ship will be able to penetrate deep into the Arctic sea ice cover.

The research vessel aims to judge how the ice is exposed and changed by external influences.

The polar night begins on Friday, meaning that the sun will not rise until next spring. This week the researchers on the boat enjoyed their last sunshine for several months.

Despite winning the public vote, a UK government-funded research vessel will not be named "Boaty McBoatface." The humorous moniker will instead adorn a high-tech sub, onboard the "RSS Sir David Attenborough." (06.05.2016)

On board the Polarstern