Sachsenhausen concentration camp: Anniversary of liberation | Germany | News and in-depth reporting from Berlin and beyond | DW | 22.04.2018

On April 22, 1945, Sachsenhausen concentration camp near Berlin was liberated. Over 700,000 visitors flock to the museum and memorial site each year. But its director is nevertheless concerned. 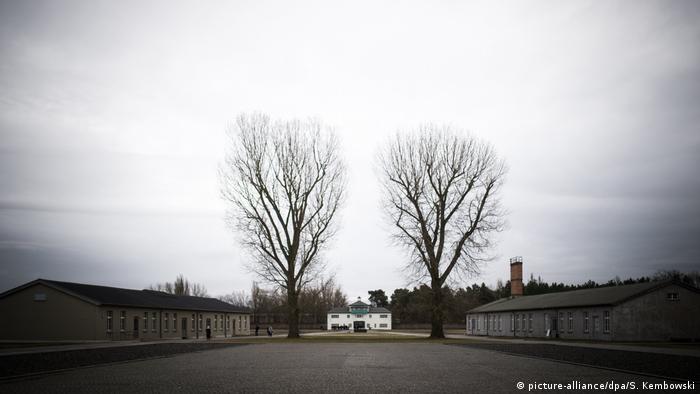 Between 1936 and 1945, over 200,000 people from across Europe were incarcerated at Sachsenhausen. They were humiliated and tortured, or forced to work for German industry. When Polish and Russian soldiers began closing in on the camp, most remaining inmates were sent on grueling death marches. Many died from exhaustion or were shot by their captors. And Sachsenhausen was also an extermination camp, in which thousands of Soviet soldiers were executed and where experimental gassings were carried out. 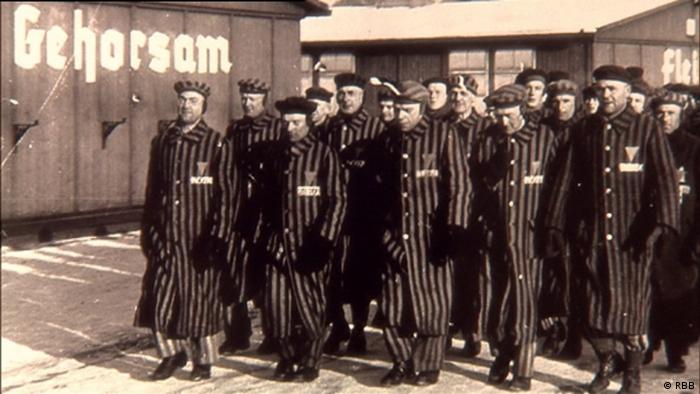 As the Russians closed in at the end of the war, prisoners were sent on death marches

On April 22, 1945, about two weeks before Nazi Germany's unconditional surrender, the few remaining camp prisoners were liberated. Over time, many former Sachsenhausen prisoners have grown old and passed away, with fewer and fewer returning to participate in annual remembrance ceremonies. Soon, there will be no witnesses left to tell of these past horrors. Günter Morsch, who has been the director of the Sachsenhausen memorial and museum since 1997, says this marks a significant turning point which "requires us to fundamentally reflect on the past."

For Morsch, a historian, this also includes current questions, such as "how to counteract political instrumentalization, which occurs repeatedly?" In an interview with DW, he stressed that the German Nazi ideology can never be compared to other totalitarian ideologies, saying that the Communist dictatorships had long since distanced themselves from totalitarian Stalinism by the time the Cold War ended. Morsch's argument is that they were not thoroughly criminal regimes. National Socialism, Morsch insists, was the opposite: "The longer it went on, the more radical its extermination program became."

In light of recent developments, Morsch is keen to make a distinction between the anti-Semitism of the far right and that brought into the country by migrants. He stresses surveys have shown refugees to be far less anti-Semitic than was expected. And, he notes, 90 percent of anti-Semitic attacks are perpetrated by German far-right extremists, "not by migrants or refugees."

Morsch is also concerned by the rise of right-wing populist groups. He thinks that the Alternative for Germany (AfD) party's presence in the German parliament signals a political movement that "wants to shatter and negate the foundations of our democracy."

Turning the attention to the perpetrators

This is why the Sachsenhausen museum and other places of remembrance run by the Brandenburg Memorials Foundation, which was established in 1993, have begun turning their attention to the role of the perpetrators. "We want to keep honoring the victims," Morsch insists. And most exhibitions are about their fate.

But it has become clear that the emphasis must be shifted to the perpetrators' motives and the structures that enabled these crimes to be committed. More and more visitors were rightly asking, "How could such a thing happen?" and "Is it possible today?" Unfortunately, the second question had to be answered in the affirmative, because "National Socialism actually showed in its most radical form what people are capable of – even today."

Since 1993, the systematic extermination policy of the Nazis has been the subject of permanent and special exhibitions at the various memorial sites of the Brandenburg Memorials Foundation. Some 90 publications, ranging from testimonials of survivors to academic studies and conference reports, have been produced. In addition to discussions with contemporary witnesses, there are theater performances, concerts, lectures and readings. 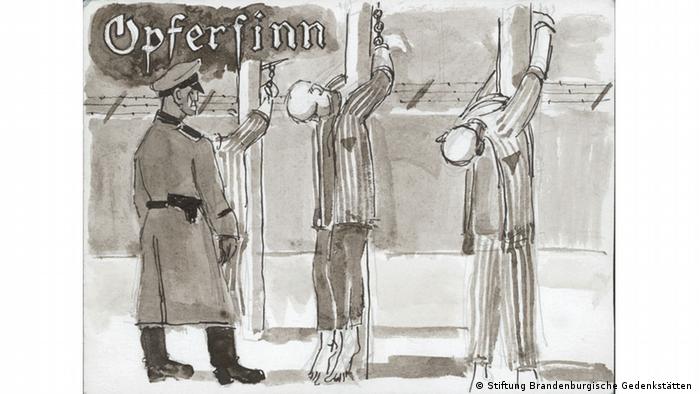 An ink drawing by a Sachsenhausen survivor

As of August, the Sachsenhausen Memorial's New Museum will exhibit paintings, prints and sketches by eight former prisoners. The works from German, Dutch, Austrian, Polish and Czech artists were created while they were interned at the camp and also after its liberation. The exhibition will later move on to the Theresienstadt concentration camp memorial site, and to Krakow, among other places.

That way, the Brandenburg Memorials Foundation will be able to make its vast collection of artworks available to an international audience. It encompasses some 1,000 works of art, letters with sketches, and carvings made of everyday objects. The Center for Persecuted Arts in Solingen (North Rhine-Westphalia) and the Osnabruck Institute for Modern History and Historical Migration Research are cooperating on this project.

Established in 1993, the Brandenburg Memorial Foundation was the first of its kind in Germany. It served as a model for other German states, such as Bavaria and Lower Saxony, with their concentration camp memorials Dachau and Bergen-Belsen. After 1945, when Germany was split in two, former concentration camps in what became the German Democratic Republic (GDR) were temporarily repurposed into Soviet-run special camps for suspected Nazis. Few prisoners survived. 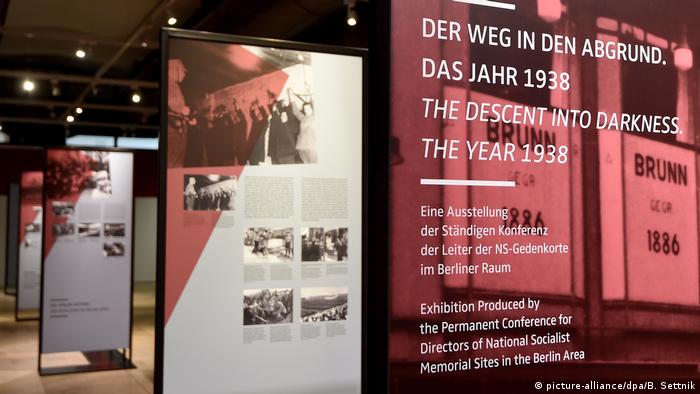 In Sachsenhausen and Buchenwald (Thuringia), this dark postwar chapter is part of the overall memorial concept. The complex, multifaceted past poses a challenge for Brandenburg Memorials Foundation – conceptually, in terms of personnel, and financially too. For this reason, Günter Morsch, who is retiring in May, has mixed feelings. His pride in what has been achieved is mixed with concern about how the level can be maintained, or even improved.

These days, the number of visitors to the former Sachsenhausen concentration camp are almost too large to manage. That is why Morsch, who is grateful for the support his organization has received so far, is urging the state to provide more funding. He says not even 10 percent of the 700,000 annual visitors are able to participate in guided tours, due to a lack of trained staff. And without volunteers, it would be even more difficult to cope with the many foreign visitors, he stresses.

And the site's infrastructure is far from perfect, despite investments amounting to €60 million ($74 million) since 1993, says Morsch. The funds were used to renovate historical buildings and erect new ones where camp buildings had once stood. On average, the Brandenburg Memorials Foundation has had hardly more than €2 million per year. Morsch wants to secure greater state support for the future before he retires. His designated successor, Axel Drecoll, who currently runs the Obersalzberg Memorial and Education Center — Hitler's former private Bavarian retreat — would certainly welcome that.

Bergen-Belsen concentration camp exhibition focuses on the fate of children

An exhibition at the Bergen-Belsen concentration camp memorial site collects testimonies from people who were only children when they were deported there. (17.04.2018)