Saber-rattling as Russia meets NATO in Sochi | Europe| News and current affairs from around the continent | DW | 04.07.2011

As a Russia-NATO summit begins in Sochi, Moscow has threatened to beef up its European forces, if talks between the alliance and the Kremlin fail to resolve sticky missile defense issues. 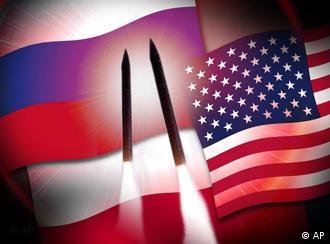 Russia and NATO have crossed swords over missile defense

"This is the red line, which we must not and will not abandon. No Russian leader can ever question the strategic potential of Russia or reduce it to zero," Rogozin said.

NATO has been planning the system - to be deployed in Poland and the Czech Republic - as a way to protect the continent against missiles from rogue Middle Eastern states.

Moscow, however, argues that the system could too easily be used to target its own missiles and is dangerously close to its territory.

Russia threatens to deploy own system

Rogozin has used the occasion to turn up the rhetoric before the summit. 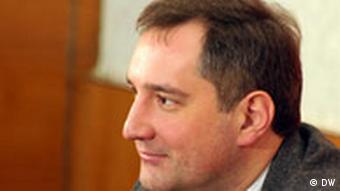 "The talks right now are at a dead end. If they [NATO] do not tell us exactly what they're planning by the end of the year, we will respond," Russia's NATO ambassador said.

Russian officials said last week that the former Soviet republic of Belarus, which is flanked by two NATO states, will likely become the first foreign recipient of Moscow's advanced S-400 air defense system, which is designed to shoot down missiles.

Russia, meanwhile, accuses NATO of not taking its security concerns seriously. NATO Secretary General Anders Fogh Rasmussen recently dismissed Kremlin demands for security guarantees, pointing out that the ghosts of the past no longer existed and that Russia needed to develop more trust.

On the other hand, this is difficult for the Kremlin when, parallel to the ongoing bilateral negotiations, the United States announces, as it did this spring, that it will deploy interceptor missiles in Romania.

"We have a peculiar situation," said Rogozin. "It is as if an architect were to erect a monument without having a building plan."

To maintain the strategic balance, Moscow has proposed a joint missile defense system, linking both sides' air defense radars and divided into sectors. Russia said it could assume responsibility for a portion of the system for NATO, a proposal which Rasmussen quickly shot down. 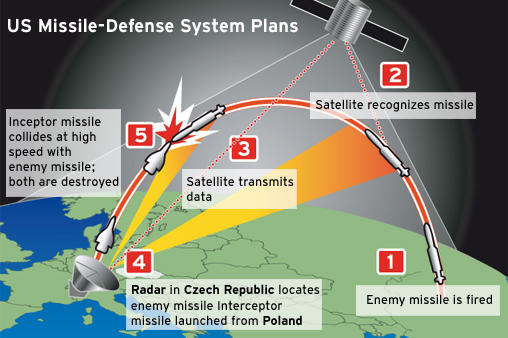 NATO plans call for deploying the system in eastern Europe

NATO is focused on its own territory, he said, and urged Russia instead to build its own system.

"From the beginning we have made clear that we will not accept a partitioned system. NATO is responsible for protecting NATO territory and we will not outsource the defense of NATO members to third countries," Rasmussen said.

Experts have warned that a collapse of negotiations could lead to a downward spiral in trust and trigger a new arms race.

Despite the saber-rattling, observers hope that perhaps the mild Black Sea climate in Sochi will soothe the strident tone between the two sides and at least resolve some of the outstanding issues.

US, Europe struggle to redefine partnership in a changing world

US President Barack Obama has called on America and Europe to renew their flagging global leadership. But the Atlantic partners first must redefine their relationship in the face of Arab uprisings and Asian strength. (28.05.2011)

In the second day of their summit in Berlin, foreign ministers from NATO's 28 member states discussed cooperation with their eastern partners and sought common ground with Russia over a joint missile defense shield. (15.04.2011)

Now approved by both countries' legislatures and presidents, the new Strategic Arms Reduction Treaty between the United States and Russia is set to come into force within weeks. (26.01.2011)