Felicien Kabuga allegedly financed and helped orchestrate the murder of hundreds of thousands of Tutsis. He evaded justice for 25 years until he was caught outside Paris earlier this year. He will face a UN tribunal. 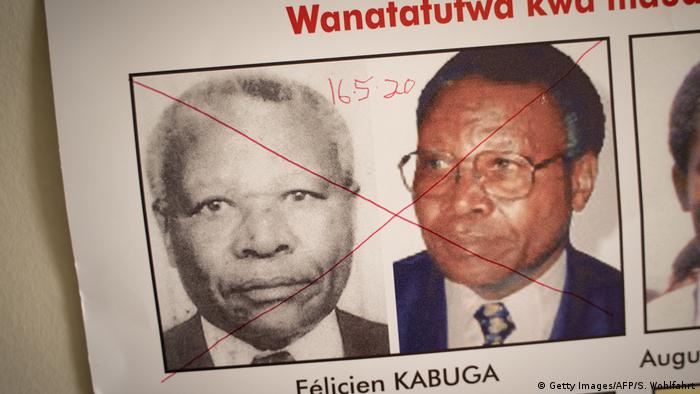 High-level Rwandan genocide suspect Felicien Kabuga can be handed over to a United Nations tribunal for trial, a top French court ruled on Wednesday.

Kabuga is suspected of playing a major role in the 1994 Rwandan genocide, in which hundreds of thousands of Tutsi Rwandans were murdered by a Hutu uprising.

Prosecutors accuse Kabuga of chairing a radio station that helped orchestrate the genocide, as well as working to create and fund a
genocidal militia in the capital, Kigali.

He was a wealthy businessman at the time.

The 84-year-old had evaded justice for 25 years but was caught outside Paris in May of this year.

The Court of Cassation in Paris upheld an order from a lower court to send Kabuga to a UN tribunal on charges including genocide, persecution and extermination.

Kabuga's lawyers had argued that he should not be extradited due to his frail health and claimed that the UN tribunal would be biased.

"The objective is to update and strengthen the existing case,'' the Mechanism's chief prosecturo Serge Brammertz said Tuesday ahead of the ruling. "We continue the search for the remaining fugitives," he said, adding that the main issue is "lack of cooperation from countries where we believe the fugitives are hiding, or traveling to.''

Speaking with news agency dpa from Kigali, Naphtal Ahishakiye, executive secretary of the genocide survivors' organization Ibuka said, that the ruling shows justice can be served even after a long time has passed.

"The crime of genocide does not get old, but also it means that other suspects still at large will one day face justice," said Ahishakiye. "It gives hope to survivors when they see those who wronged them face justice."