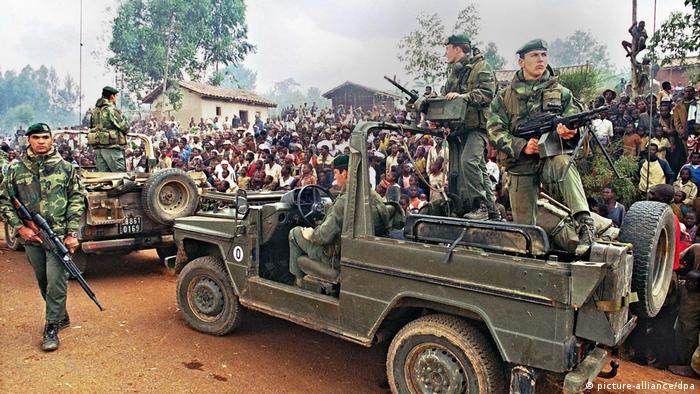 Felicien Kabuga, once one of the richest men in Rwanda, was detained by French security forces on Saturday morning. He had been pursued by international justice for 25 years over crimes allegedly committed during the country's civil war.

According to Rwandan prosecutors, Kabuga used his companies to import machetes and gardening tools knowing they would be used as weapons in the wave of violence that killed some 800,000 Tutsi and moderate Hutus in the East African country. He is believed to have established the notorious Interahamwe militia and provided training and equipment used in the massacres.

"Felicien Kabuga is known to have been the financier of the Rwandan genocide," French police said in a statement.

Kabuga was also behind the creation of Radio Television Mille Collines that broadcast propaganda to incite the violence during the deadly 100-day killing spree.

The ethnic Hutu businessman had been living under an assumed name in a flat in Asnieres-Sur-Seine, just north of Paris, apparently with the help of his children.

On Saturday, French police said Kabuga "had with impunity stayed in Germany, Belgium, Congo-Kinshasa, Kenya, and Switzerland" since 1994.

In 1997, the UN's International Criminal Tribunal for Rwanda indicted Kabuga on charges related to conspiracy to commit genocide, persecution and extermination. He became Rwanda’s most-wanted man and is the subject of a $5 million (€4.6 million) bounty offered by the United States.

In 2015, the Rwanda tribunal formally closed and its cases have been given over to Mechanism for International Criminal Tribunals (MICT).

Read more: 'If my family's killers apologized to me, I'd forgive them'

Kabuga is now expected to be transferred to the custody of MICT and stand trial. Chief prosecutor Serge Brammertz said that his capture "underlines the strength of our determination."

"The arrest of Felicien Kabuga today is a reminder that those responsible for genocide can be brought to account, even 26 years after their crimes," said Brammertz.

The 1994 genocide was triggered by the assassination of then-president Juvenal Habyarimana. At the time, Kabuga was part of Habyarimana's inner circle and his daughter was married to one of the president's sons.

A former Rwandan cabinet minister wanted for war crimes committed during the 1994 genocide in the African state has been arrested in Germany after a manhunt that began in July, police said. (20.09.2007)

Congo's Justice Minister Alexis Thambwe Mwamba has announced that one of the most wanted suspects in the 1994 Rwandan genocide has been extradited. Ladislas Ntaganzwa is to face trial in Rwanda. (20.03.2016)