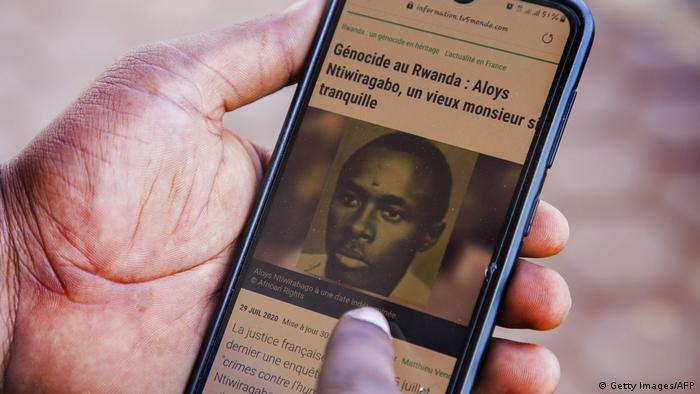 Prosecutors in Rwanda on Wednesday issued an arrest warrant for top spy chief Aloys Ntiwiragabo who is under investigation for his part in the country's 1994 genocide.

A team from French investigative news site Mediapart found the 72-year-old living in Orelans, about 110 kilometers (70 miles) south-southwest of Paris.

"We have issued an international arrest warrant against Aloys Ntiwiragabo, the genocide suspect. We have investigated his case and we are working with the French unit in charge of combating war crimes and crimes against humanity," Prosecutor General Aimable Havugiyaremye told a press conference.

France opened a probe into alleged crimes against humanity by Ntiwiragabo after his whereabouts were revealed.

The now defunct International Criminal Tribunal for Rwanda (ICTR) had previously identified Ntiwiragabo as one of the chief orchestrators of the Rwanda genocide, which claimed some 800,000 lives.

Rwanda, France, the ICTR and Interpol had all given up on seeking the arrest of Ntiwiragabo, having dropped warrants against him years ago.

The developments come some two months after the arrest on the outskirts of Paris of another suspect, Felicien Kabuga,  who is alleged to have financed the genocide.

In June, a court approved the handover of Kabuga to the International Residual Mechanism for Criminal Tribunals. From there, he could be sent for trial at the ICTR's Tanzania-based successor institution. An appeal hearing is slated for September 2.

France has long been a favorite hiding place for suspects from the genocide in francophone Rwanda.

The killing spree that claimed the lives of both ethnic Tutsis and moderate Hutus was unleashed after a plane carrying Rwandan President Juvenal Habarimana was shot down in April 1994.

Disappeared or dead - Rwanda's opposition party Forces Democratiques Unifiées is mysteriously "losing" members. The fate of the government critics is unknown. But who is responsible?

Rwanda's opposition rattled by killings and disappearances of members

A Congolese soldier died in a skirmish with Rwandan forces on the troubled border between the two countries. Tensions are high between the neighbors as the DRC accuses Rwanda of supporting a rebel group in the region.