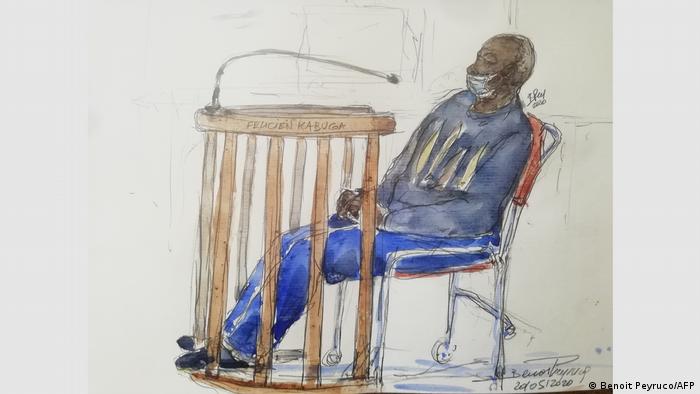 Felicien Kabuga, suspected of having helped to finance the 1994 Rwandan genocide, has been moved from France to The Hague to stand trial on charges of genocide, a UN tribunal said Monday.

"His initial appearance will be held in due course before a judge of the trial chamber assigned to his case," the United Nations International Residual Mechanism for Criminal Tribunals said in a statement.

The tribunal is handling outstanding war crimes cases for Rwanda and the former Yugoslavia.

Kabuga, once one of Rwanda's richest men, will face seven criminal charges, including committing genocide and crimes against humanity. He was first indicted by the former UN tribunals for war crimes in Rwanda in November 1997.

The 87-year-old evaded arrest for more than two decades, living on the outskirts of Paris under a false name. He was finally arrested in the French capital this past May.

Kabuga's lawyers initially asked that he be put on trial in France, but late last month the country's top court ruled that he could be transferred to the UN tribunal.

Prosecutors accuse the former tea and coffee tycoon of bankrolling and importing huge numbers of machetes for ethnic Hutu militias.

The groups killed hundreds of thousands of Tutsis and moderate Hutus in Rwanda during a 100-day period in 1994.

Kabuga, who has yet to appear before the UN court, dismissed accusations against him as "lies" during extradition hearings in France.