Authorities in the Norwegian capital said that the youth was already known to police, but they did not know if he wanted to carry out an attack. Security services issued a warning over the likelihood of copycat attacks. 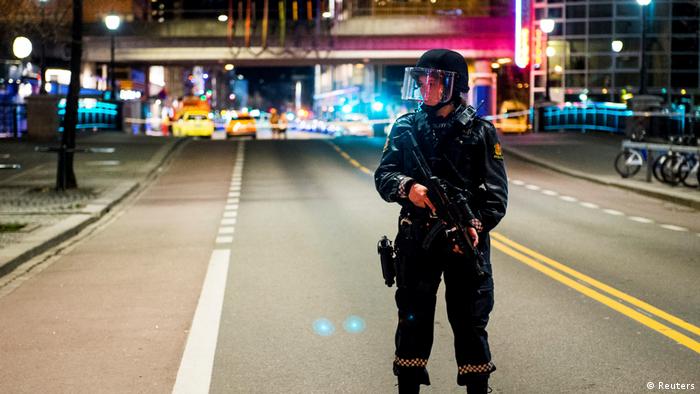 Norwegian police said on Sunday that they had raised the country's security threat level the day after an explosive was found near a busy subway station in Oslo. Authorities also announced that they had apprehended a suspect over the incident.

After identifying the victims, Swedish authorities announced the arrest of another suspect. They said that the main suspect had been a rejected asylum seeker from Uzbekistan and was sought by police for deportation. (09.04.2017)

Locals covered the site of a deadly truck attack with flowers and world leaders expressed their condolences following a harrowing day in the Swedish capital. Two arrests have been made on suspicion of 'terrorist crime.' (08.04.2017)

The suspect was a 17-year-old Russian national who had been living in Norway since 2010 and had applied for asylum. He was detained on charges of handling explosives, though police noted they were not yet certain if he had planned to carry out an attack with the device, which authorities defused before it could be detonated.

Signe Aaling, chief prosecutor for Norway's PST security service, said they were "now working on finding his intentions and find out whether others are involved."

Although his plans for the explosives where unclear, PST chief Marie Benedicte Bjornland said the suspect was already known to authorities as part of "extreme Islamism" circles in Norway.

"We are talking about boyish stupidities," Sigmond told NRK.

Bjornland said it was likely that attacks in France, Germany, Great Britain, Russia and Sweden could create a copycat effect in Norway with people with "Islamic sympathies," adding that "the attacks demonstrate how easy such attacks can be carried out, and prove to others that it is possible to make something similar."

Police discovered the device on Saturday night just outside the Groenland metro stop, not far from the government complex where far-right terrorist Anders Breivik began his deadly attacks in July 2011. Security services then moved to evacuate bars and restaurants in the surrounding area.

Officials said they planned to keep the heightened security threat level in place for a two-month period, amidst concerns of a copycat attack like that in neighboring Sweden last week, when a man rammed a truck into a shopping center in Stockholm, killing four people and injuring 15.