Russian regional elections a test for democracy | Europe| News and current affairs from around the continent | DW | 11.10.2009

Russian President Dmitry Medvedev has promised to encourage multiparty democracy since his election last year. Sunday’s regional elections will put this pledge to the test, with opposition claiming little improvement. 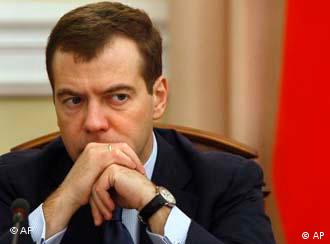 Elections for regional, district and mayoral offices are being held on Sunday in 76 of the country's 83 administrative regions, with 30 million voters expected to visit the polls. One of the most criticized races is that for Moscow's city council and mayor, who control a municipal budget of $40 billion (27 billion Euros). Of the six parties registered, all but one are pro-Kremlin.

Pro-Western parties said that all of their candidates were barred from running for 17 directly elected seats on the council after city officials declared the signatures on their registrations invalid.

The leader of the sole party allowed to enter the race for 18 party seats said they had been blocked from advertising on television or in newspapers and even in posters on the street. 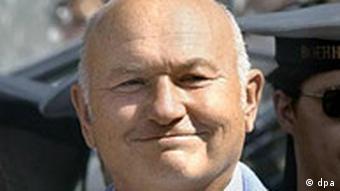 Moscow's longtime mayor is up for re-election, amid accusations of corruption

"The playing field is uneven. We don't have fair elections," said Sergei Mitrokhin, head of the Yabloko party.

According to an opinion poll by the Levada Center, 62 percent of Muscovites say the vote is "simply an imitation of a battle" and expect council seats to be distributed by the powers that be.

Opposition youth groups staged a protest in Moscow on Saturday, attracting about 300 demonstrators. They accused Moscow mayor Yuri Luzhkov of inefficiency and corruption, and said city authorities have tried to suppress opposition parties. Luzhkov, who has been in office for the past 17 years, is running for re-election.

Political spin doctors in Russia didn't know what they were getting when they enlisted an African-born man to run in local elections. They wanted reaction votes for United Russia, but what they got was a Russian "Obama." (21.09.2009)

Russian President Dmitry Medvedev marks the one-year anniversary of his coming to power on May 7. Twelve months on, questions and doubts still remain over his legitimacy and his policies. (07.05.2009)

Amid claims of fraud, Anatoly Pakhomov, the pro-Kremlin candidate in mayoral polls for the Russian city of Sochi, won a landslide victory in an election seen as a test of the political climate under President Medvedev. (27.04.2009)