The Russian actor who was sentenced to 3 1/2 years in a penal colony has had his sentence overruled following an outcry from public figures. A court ruled that he will serve a one-year suspended sentence. 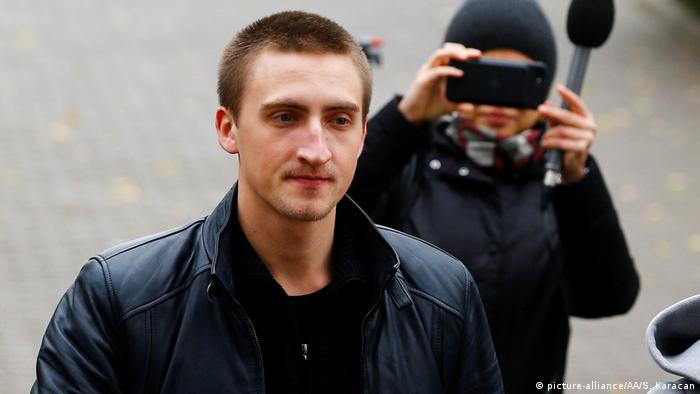 A Moscow court overruled the prison sentence of Russian actor Pavel Ustinov on Monday. The 24-year-old had previously been sentenced to 3 1/2 years in a penal colony for allegedly injuring a police officer at an anti-government protest and for resisting arrest.

The news comes following an outcry over Ustinov's arrest from several prominent Russians, including priests in the Russian Orthodox Church, film stars and pro-Kremlin figures. The sentence was subsequently appealed, leading to Monday's hearing.

The aspiring actor maintains that he was merely a bystander at the protest and had not participated in violent action.

More than 20,000 people took to the streets on Sunday in Moscow to protest the arrest of Ustinov and others detained in anti-government protests.

The lower court that had tried Ustinov's case reportedly refused to admit as evidence video footage said to show police attacking him without provocation.

Initially, prosecutors had wanted to sentence Ustinov to six years in prison. Following the backlash, however, they changed tack last week and instead asked the judge for a noncustodial sentence. The appeal hearing was subsequently postponed to Monday after the court agreed to consider the video evidence.

Over the summer, thousands of protesters took to the street ahead of Moscow's city council elections on September 8, in which many opposition candidates were banned from running. Around 60,000 gathered in August in Moscow.

The backlash from civil society against the judiciary is not commonplace in Russia. More than 40 priests of the normally pro-Kremlin Russian Orthodox Church were among those who protested the original verdict.

"It is not about the Church siding with one or the other political side," Andrey Kordochkin, a Russian Orthodox priest in Madrid, told DW this month. "It's about supporting the weaker side."