Moscow has successfully tested the new heavy Angara rocket, which could carry up to 25 tons of payload. The test is a step toward ensuring independent access to space, Russian scientists believe. 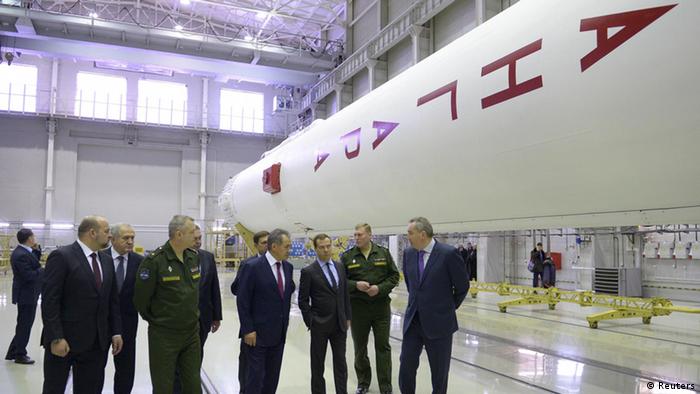 Russian scientists successfully launched their newest heavy rocket, the Angara-A5, from Plesetsk in northern Russia on Tuesday morning. The Russian defense ministry confirmed the liftoff and said the rocket would reach the planned geostationary orbit.

"Indeed, this is a great and very important event for our rocket and space sphere, and for Russia in general," President Vladimir Putin was quoted by the Itar-Tass news agency as saying.

The first test launch of the light version of the rocket, the Angara-1.2PP, was aborted in June after a technical defect was detected. It was successfully launched on July 9.

The Angara are the first new family of rockets to be built after the collapse of the USSR and are designed to replace the Proton launch system, a legacy of the Soviet era. The series, which includes light to heavy rockets capable of carrying 1.5 to 25 tons of payload, is relatively eco-friendly, Russian scientists claim.

The new rocket is a vital part of President Putin's efforts to revive Russia's space industry. Once the tests are over, Russia plans to launch space vehicles of all types from its territory to ensure its independent access to space.

US space agency NASA has succeeded in launching its Orion spaceship on a test flight after a failed first attempt. If all goes according to plan, the spacecraft may one day carry people to Mars. (05.12.2014)

Orion has made splashdown in the Pacific Ocean. The future mission-to-Mars spacecraft has wrapped up a flawless unmanned debut test flight around the Earth. (05.12.2014)