The United States and Russia are both running out of steam in the space race. Meanwhile, Beijing is busy looking to boldy go where no one has gone before. 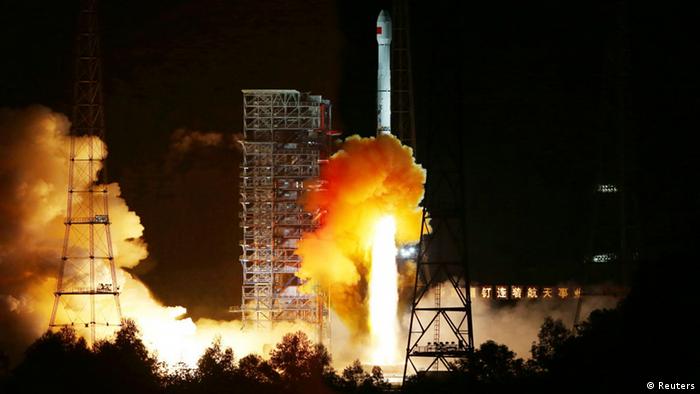 As united as Asian countries may be in their attempts to keep pace with the West, they are worlds apart when it comes to catching up with its space exploration program. So far, it was clear who was winning the space race –with the US running out of steam, only Russia was left. But it is rapidly losing its advantage as its Asian neighbors are busy looking to boldly go where no one has gone before. Beijing is especially close on Moscow's heels. Other than the Americans and the Russians, the Chinese are the only ones to have made it to the moon as yet.

China's lunar rover, Yutu – or Jade Rabbit – successfully landed on the moon last year. Even though it soon lost contact with controllers, the Chinese are pushing ahead with their ambitious space program. To be fair, they're not the only ones to have run into problems in the ether. In late October, the US witnessed the failure of two space missions. First, the unmanned Antares rocket designed to transport supplies to the International Space Station (ISS) exploded seconds after liftoff. Two days later, Richard Branson‘s SpaceShipTwo blew up testing new fuel over the California desert.

Sending a signal to India

Meanwhile, things have gone much better for China. They successfully sent a newly-developed space capsule on a test flight. One day, it will transport the first Chinese passengers to and from the moon. Last week, another flagship project was unveiled at the Zhuhai airshow in southern China: a life-size model of China's Mars rover. The Chinese are confident that it has better chances of survival than its predecessor, and are planning to send it to Mars in 2020 to collect samples and bring them back around 2030.

That's a long way off. So why has the rover already been introduced? Beijing is obviously making a point to India, its most worrying Asian rival for supremacy in space. Two months ago, India was the first country in Asia and its space agency only the fourth entity, after the United States, the European Space Agency and the former Soviet Union, to successfully place a spacecraft in Mars orbit. A coup for India, which has a budget of less than $100 million earmarked for its space program, but a blow to Beijing, which pours billions into its own space missions.

Unlike China, however, India has no plans to go to Mars in the foreseeable future, even if it could. It has little experience with lunar missions, whereas Beijing's space program is wide-ranging. Not only is China pursuing missions to the moon and Mars, it is also planning to build a space laboratory, which will serve as the basis for a space station. Against the backdrop of the recent success of the ESA, it is also planning to send probes to land on comets approaching Earth.

China looks all set to be the world's next space travel champion. But Beijing is acutely aware that the biggest problem is lack of know-how. Its rockets' capabilities limp behind those of the US and Russia; its robots and probes are therefore significantly smaller. China's communications technology is also not yet ready for outer space. But Beijing will continue to invest time and money in its space program. It's not about prestige. China is the only country with such a program to admit that its purpose is not only research but to help identify raw material sources. For a nation as hungry for raw materials as China, that's motivation enough.

China is sending a spacecraft to the moon to prepare for a futre moon landing. A memorial mini satellite from the German airspace company LuxSpace/OHB is traveling piggyback. (24.10.2014)

India's successful Mars mission ushered in a new era in space exploration as the nation became the first one in Asia to reach the Red Planet. Experts say the feat reflects the country's technological potential. (24.09.2014)