Moscow's departure from the pact is the final nail in the coffin for the confidence-building agreement. Washington left the treaty in November last year. 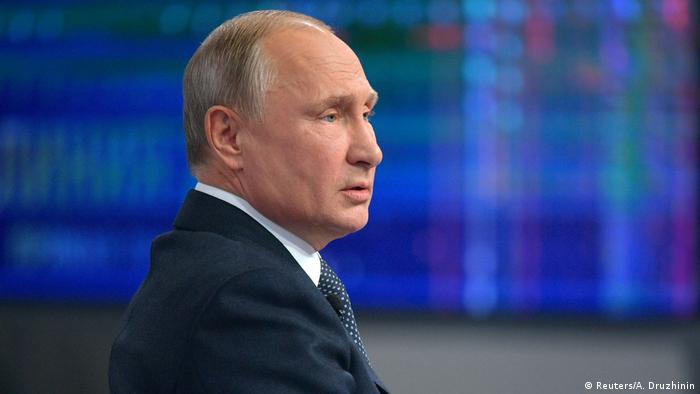 Russian President Vladimir Putin signed into law the country's departure from the Open Skies treaty on Monday, following in the footsteps of the former and current US presidential administrations.

The agreement was set up after the Cold War to build confidence between Russia and NATO members by allowing signatory states to conduct unarmed surveillance missions over each other's territory.

Former US President Donald Trump announced that Washington would pull out of the agreement, prompting a pledge from Moscow to follow suit.

Putin is set to meet with President Joe Biden later in June. The only remaining weapons treaty between the two countries is the START agreement, limiting the number of nuclear warheads each may possess.

Why did Russia leave the Open Skies treaty?

There had been hopes that the current president would seek to return to the treaty. These hopes were dashed in May when the United States State Department informed Moscow that it would continue with Trump's policy after concluding that Russia had not complied with the pact.

The Russian parliament voted to leave the treaty last week, although Putin had already announced the plan to withdraw in January — a member has to give six months' notice.

Last year, US officials claimed that Russia violated the Open Skies Treaty by blocking surveillance flights around certain areas, including the Russian enclave of Kaliningrad and along the border with Georgia. Moscow has insisted those restrictions were permissible under the treaty.

The Kremlin complained that even if the US pulled out of the deal, it could still receive intelligence gathered by its NATO allies.

What is the Open Skies treaty?

According to the agreement, the signatory states are allowed to observe each other's military forces and activities by means of a limited number of yearly reconnaissance flights.

Moscow had considered staying in the agreement in order to continue carrying out reconnaissance missions over Poland and Germany where the US military is active.

The Kremlin had attempted to maintain the "viability" of the treaty, but Washington did not cooperate. The Russian Foreign Ministry called the reasoning for American withdrawal a "fictitious pretext" that upset "the balance of interests in the participating states."