Another Russian oil and gas oligarch has died under mysterious circumstances. The Lukoil company came out against the Russian invasion of Ukraine back in March. 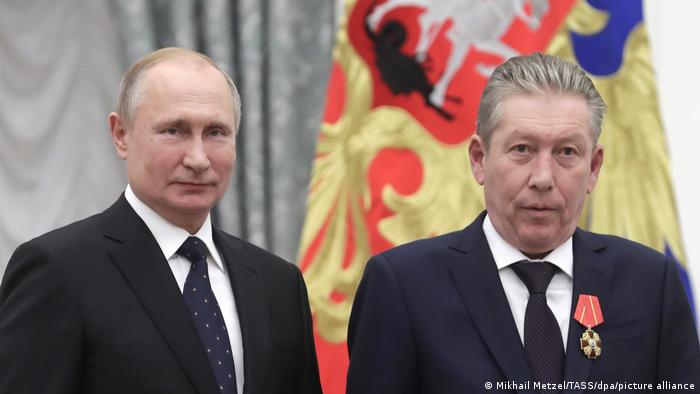 The chairman of the private oil company Lukoil, Ravil Maganov, has died, the firm said in a statement on Thursday.

According to the statement, Maganov "passed away following a severe illness." However, the Russian news agency Interfax reported that he died after falling from a window.

Lukoil's board of directors, under Maganov's chairmanship, had criticized the Russian invasion of Ukraine and called for the "soonest termination of the armed conflict" back in March.

Several Russian oligarchs, mostly from the oil and gas industries, have died in mysterious circumstances in recent months.

The 67-year-old began working at the company in 1993 and was a close colleague of the founder and president, Vagit Alekperov.

He was named chairman of Lukoil — the second-biggest oil and gas company in Russia after Gazprom — in 2020.

Alekperov stepped down as president in April after UK sanctions following the invasion of Ukraine froze his assets and subjected him to a travel ban.

Unlike many other public and private companies, Lukoil has expressed its disapproval of the invasion.

The company's critical statement released on March 3 said, "we express our sincere empathy for all victims, who are affected by this tragedy."

"We strongly support a lasting cease-fire and a settlement of problems through serious negotiations and diplomacy," it added.