Roskosmos has launched a German-Russian space telescope to replace Moscow's Hubble-like Spektr-R. The telescope will allow scientists to observe more than 100,000 galaxy clusters, marking "the beginning of a new era."

Russia's space agency on Saturday launched the Spektr-RG space telescope, a German-Russian venture, to replace a similar one that it lost contact with earlier this year.

The Spektr-R stopped responding to ground control in January. Russian space agency Roskosmos could not determine how it lost control of the satellite and formally ended its mission in May. Spektr-RG's launch was postponed twice due to battery issues. 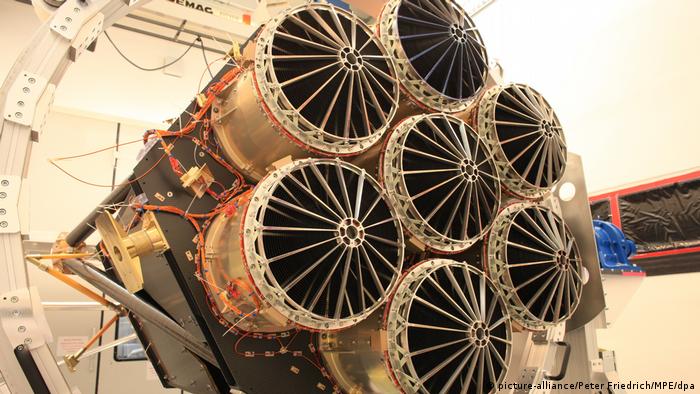 'Beginning of a new era'

The new Spektr-RG is carrying the X-ray telescope eROSITA. That instrument was provided by the Munich-based Max Planck Institute for Extraterrestrial Physics.

"eROSITA marks the beginning of a new era in X-ray astronomy," said the institute in a statement. "No telescope has ever taken such a detailed look at the entire sky."

The eROSITA is expected to detect more than 100,000 galaxy clusters in a bid to measure dark energy in the universe. It will be accompanied by a Russian-made instrument, the ART-XC.

The Spektr-R and its successor were created to observe black holes and map the cosmos to better understand how the universe is expanding.