Dolphin pens were moved to the Black Sea naval base around the time Russia invaded Ukraine, according to the US Naval Institute's analysis of satellite imagery. 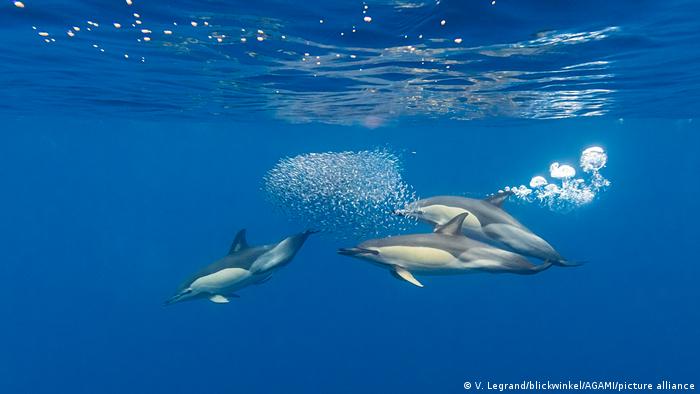 Russia took over the dolphins following the Kremlin's annexation of Crimea

Russia has deployed trained dolphins at a naval base in the Black Sea amid the country's invasion of Ukraine, according to the US Naval Institute's (USNI) review of satellite images.

USNI, an independent forum for sea defense and security issues, said the Russian navy posted two dolphin pens at the entrance to Sevastopol harbor near the southwestern tip of Crimea in February, around the same time Russia invaded Ukraine.

Sevastopol is an important naval base for the Kremlin because of its proximity to Crimea, which Russia annexed in 2014.

According to UNSI's analysis, the many high-value Russian navy ships in the port are out of range of Ukrainian missiles but vulnerable to undersea sabotage.

It's not the first time that dolphins have been used in military operations. During the Cold War, the Soviet Union and the US trained dolphins to detect enemy divers and mines.

Following the collapse of the Soviet Union in 1991, the dolphin program was transferred to Ukraine, but fell back into Russian hands following the annexation of Crimea.

Previously, a lease agreement between the two countries meant Ukraine and Russia shared the strategic base, but Russia said this no longer applied once the region became Russian territory.

Other animals have also been used in warfare and its aftermath. Rats have been trained to sniff out landmines on former battlefields in Cambodia, and pigeons were used to carry important messages during battle in World War I.