If you’re buying medications online, beware. Some 50 percent of the drugs sold in online pharmacies could be fake and Russia is fast becoming one of the cybermarket’s main suppliers, writes Fiona Clark from Moscow. 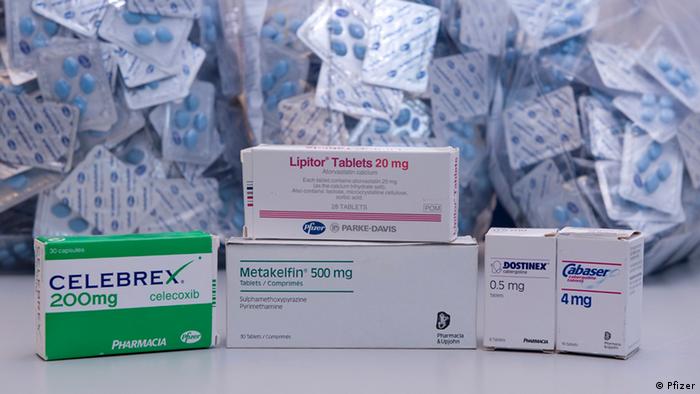 The last thing the neurologist said to me as I hobbled toward the door with my prescription for painkillers in hand was "be careful where you get that script filled, the market is full of counterfeits." He also told me which pharmacy he thought I should use "because they've got a reasonably secure supply chain."

Normally the cynic in me would think the doctor had a stake in the business, but then I remembered a friend telling me about her diabetic husband's life-threatening experience after slipping into a hypoglycaemic state (low blood sugar) on his way to work. She watched as he injected himself with a glucagon pen but it didn't work. Fortunately she was with him in the car and when she saw he wasn't responding she dashed into a nearby shop and bought some sugary sweets to raise his blood sugar again. Had she not been there he could have slipped into a coma and maybe even died. And then there was my own experience with a medication that clearly contained no active ingredient, but luckily my condition wasn't as serious as his. So, I knew the doctor wasn't joking.

It's not known exactly how many medications sold in Russia are counterfeit. The government says it's as low between 3-4 percent while random surveys of drugs on pharmacy shelves across the country have shown that as much as 27 percent of the medications stocked are fakes.

While the extent of the problem isn't clear there is no doubt that it's a lucrative business. In fact it's said that you can make more money selling drugs like Viagra than you can selling narcotics. Back in 2006 the Russian market was estimated to be worth $250-300 million (224-269 million euros) according to the Russian Health and Social Protection Minister at that time. These days globally the market is thought to be worth anywhere between $70billion-$200billion.

The biggest manufacturers are China, India, various Latin American countries and Russia. China and India have long been global suppliers while Russia generally only supplied eastern European markets. But according to #link:http://www.pfizer.com/products/counterfeit_and_importation/counterfeit_importation:Pfizer# VP and Chief of Global Security, John Clark, that's changing with the rise of online pharmacies.

“I believe there are a lot of rogue online outlets operated out of Russia and Eastern Europe. We do a lot of work on tracing these and working with local authorities in various countries and sometimes you can shut these down by either diverting traffic or interfering with their payment processing systems, but it's not always easy in Eastern Europe especially if the banks they're using won't cooperate,” he says.

And it's virtually impossible for patients to tell if they've got the real thing or a fake.

"The Russians have historically done a great job with packaging, it's very hard to tell it's not the real thing," he says. And unless you really know what you're looking for the tablets themselves can look authentic.

Another thing that makes manufacturing counterfeits attractive, aside from the lucrative returns, is that often the penalties are quite low. In some cases there are fines or short jail terms. The reason why, according to Clark, is that there's no visible body count. 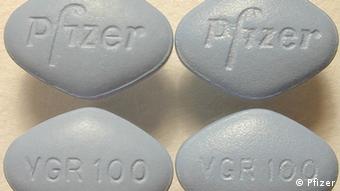 Fake is for real

The World Health Organisation (WHO) estimates that around 1 million people die as a result of coungerfeit medications - mostly in Africa due to fake anti-malaria tablets. While reports abound about various poisons being found in the drugs, ranging from floor wax to anti-freeze, the vast majority are benign. They often contain too much or too little of the active ingredient along with cutting agents like baking powder.

Because they may contain some or none of the active ingredient, patients might get a mild relief or no relief, but instead of thinking there's something wrong with the medication the response is often put down to the individual's reaction.

"The doctor's don't ask, 'where did you buy them from' so no one is joining the dots," says Clark. As a result governments don't rate counterfeiting as seriously as the narcotics trade and the law and the penalties they apply to manufacturing or selling the fakes are weaker, he says.

A #link:http://pharma.bayer.com/en/therapeutic-areas/products/beware-of-counterfeits/index.php:statement from the pharmaceutical company, Bayer,# says "Counterfeiting of medicines is not considered as a top priority by Russian enforcement bodies" but adds they are cooperative when cases are brought to their attention.

Ivan Glushkov, Head of External Affairs Department at STADA CIS, goes further saying the Russian laws are "weak." While they signed up to the Council of Europe's Medicrime Convention which aims to strengthen laws against counterfeiting in 2011, they haven't passed new tough legislation, he says.

But there have been some tough sentence. In 2012 a raid in Rostov netted more than 700,000 packages of anti-cancer medications worth more than 12 million euros ($13 million). The ringleaders were convicted last year and received sentences of 5-12 years.

What is also interesting about that example is that shows manufacturers are diversifying. They're no longer just producing the so-called block buster drugs like Viagra and the cholesterol medication, Lipitor, but are now making more than 100 types of drugs ranging including blood pressure and other heart medications, painkillers, anti-inflammatories, cold and flu drugs to name a few.

And with the growth of online pharmacies, the sky is the limit for the manufacturers, with WHO estimating that up to 50 percent of drugs on the net are fakes.

"We would agree with [the] WHO," Bayer says in its statement. "It's well known that online crimes are very difficult to investigate and it makes online trade perfect tool for cheaters. In our experience and knowledge of current situation, we could expect an increase of counterfeits not only of well-known brands but also of so-called magic pills (like a miraculous pill to treat cancer, AIDS etc) that present a real threat to patient's health."

Clark's message for customers buying online is be beware - if the price is too good to be true, you can virtually guarantee you're not getting the real thing.