Russia has demanded the UK hand over evidence Moscow was involved in an attack on a former Russian spy. Russia's Foreign Ministry has criticized the UK's accusations, saying in a statement they were "openly provocative." 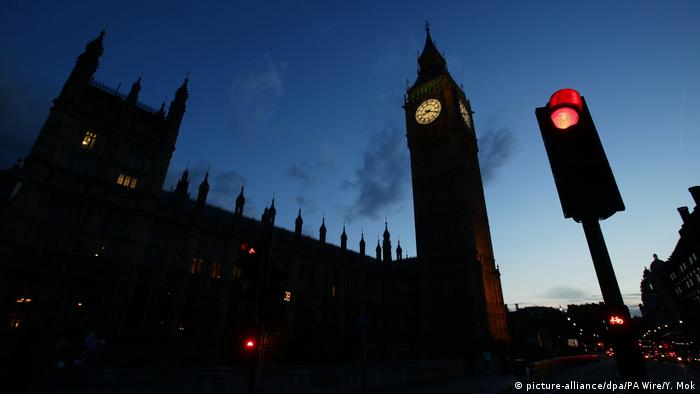 The midnight Tuesday deadline for Moscow to respond to London's ultimatum that it explain its suspected involvement in last week's nerve agent attack on a former Russian spy has passed without a response from Russia.

A spokesperson for the Russian Embassy in London said Moscow would not respond "until it receives samples of the chemical substance." The embassy has called for a joint investigation into the incident.

The spokesperson added that Russia was not involved in the attack in the English city of Salisbury, and said any punitive measures against Russia would "elicit a response."

Earlier, British Prime Minister Theresa May had said a "full range" of retaliatory measures would be considered if Moscow did not give a "credible response" by the end of Tuesday.

The measures under consideration reportedly include freezing the assets of Russian business leaders and officials, limiting access to London's financial center and the expulsion of diplomats.

May is expected to outline her response in Parliament on Wednesday after a meeting of the National Security Council. London is reportedly also likely to call on Western allies for a coordinated response.

The EU and NATO have backed Britain after May said it was "highly likely" that Russia was behind the poisoning.

US President Donald Trump told May by telephone that Russia "must provide unambiguous answers regarding how this chemical weapon, developed in Russia, came to be used in the United Kingdom," the White House said.

"As soon as we get the facts straight, if we agree with them, we will condemn Russia or whoever it may be," Trump told reporters later in the day.

On Monday, May said it was highly likely Moscow was to blame for last week's poison attack on Russian-born double agent Sergei Skripal, a former officer with Russia's GRU military intelligence, and his daughter.

Scientists at the UK's military research laboratory at Porton Down have identified the poison used against Skripal and his daughter in Salisbury as Novichok, a Russian military nerve agent developed during the 1970s and 1980s.

The Russian Foreign Ministry has criticized the UK's accusations, saying in a statement they were "openly provocative" and part of "yet another dirty attempt by British authorities to discredit Russia." Foreign Minister Sergey Lavrov said there was no proof the poison used against Skripal came from Russia.

Britain's threats of retaliatory actions "will not be left without a response," the Foreign Ministry said.

A ministry spokeswoman later added that Russia would not allow British media outlets to operate on its soil if the license of Russian state-owned channel RT is canceled. Earlier, the UK broadcasting regulator warned that RT might have its British license revoked if London concludes Moscow was behind the attack.

"Not a single British media outlet will work in our country if they shut down Russia Today," said spokeswoman Maria Zakharova, adding that "nobody should threaten a nuclear power."

Read more: Opinion — Dealing with Russia, Theresa May finds herself alone at home

British police have reported some 21 people have sought medical treatment after a nerve agent was used to attack former Russian double agent Sergei Skripal and his daughter in Salisbury. The investigation is ongoing. (08.03.2018)

The Russian Duma has backed an amendment allowing media outlets to be designated as "foreign agents" if they receive funding from outside Russia. The move comes after Washington gave the same label to RT and Sputnik. (15.11.2017)