Two suspects have been detained in connection with opposition politician Boris Nemtsov's murder, according to the head of Russia's federal security service. Nemtsov was shot in central Moscow just over a week ago. 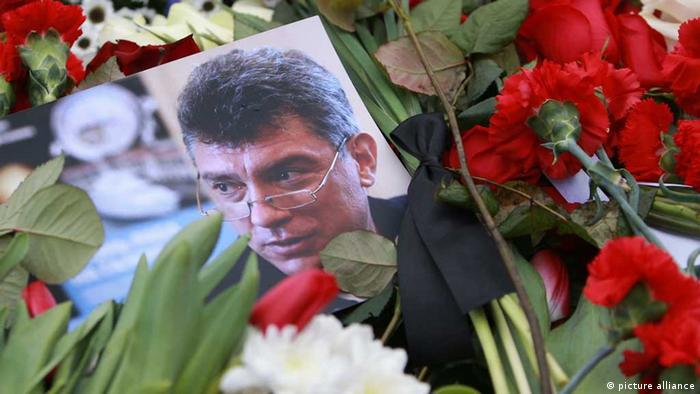 The head of Russia's FSB security service, Alexander Bortnikov, appeared on national television on Saturday to announce the two arrests. He said that President Vladimir Putin had been informed of the arrests, which took place earlier on Saturday.

"Two suspects were arrested today in connection with this crime, they are Anzor Gubashev and Zaur Dadayev, and the head of state has been informed," Bortnikov said. 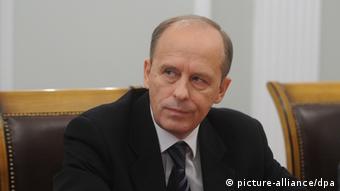 News agency RIA Novosti also quoted Bortnikov as saying that both suspects hailed from the Caucasus.

Opposition politician Nemtsov, a 55-year-old former deputy prime minister, was shot dead late last Friday in central Moscow. His death prompted a major march in his memory before he was laid to rest mid-week. Russia's government rejected allegations of involvement, saying that Islamist terrorism, Russian nationalism, or a political inside job - perhaps to smear the Kremlin - were potential motives in the killing.

Nemtsov was a prominent critic of Putin's government, and had close ties to Ukraine.

Investigators offered a reward of 3 million rubles (roughly 43,000 euros or $49,000) for information leading to the killers' capture.

Close associates of slain anti-Putin figure Boris Nemtsov say their friend was gathering evidence to prove the Kremlin was lying about its role in Ukraine. Now they want to publish his findings. (07.03.2015)

The Russian president's consultations at long tables and endless video link meetings air on a loop on state TV. But behind closed doors, Vladimir Putin may have few confidants when it comes to the war in Ukraine.

Vladimir Putin has denied poisoning the opposition activist. He appeared to confirm, however, that Navalny was being followed by FSB agents.