Anhalt-Bitterfeld says it has been "paralyzed" by hackers and could be offline for a week or more. Declaring disaster gives it access to federal aid to help its citizens, restore its systems and find the perpetrators. 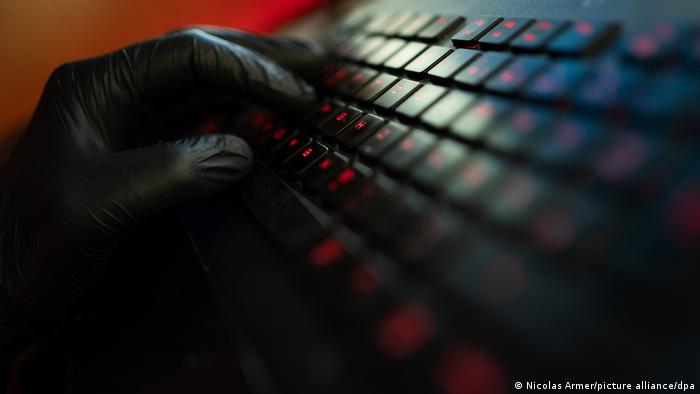 The district of Anhalt-Bitterfeld in the eastern German state of Saxony-Anhalt says it was the victim of a cyberattack and has formally declared disaster after hackers infiltrated its computer systems.

Germany's Federal Office for Information Security (BSI), which is investigating the crime, says the declaration makes it the country's first "cyber-catastrophe."

Local officials confirmed the crime on Friday, saying, "This attack directly affects the entire range of the district's services, including the business of its citizens, which cannot be processed at the moment."

On Saturday, a spokesman for the district told Reuters news agency, "We are almost completely paralyzed."

Officials say the attack occurred on Tuesday and that the district will likely be forced to remain offline for at least a week, leaving it unable to pay out welfare benefits to recipients or finance youth programs.

The formal disaster declaration will allow the district of 158,000 residents to receive federal assistance as it seeks to return to the business of helping its citizens.

Who launches a cyberattack on a small district in rural Germany?

Representatives made no mention of the identity of those behind the attack, nor whether ransom demands had been made.

Officials say that several servers were hit in the attack and that the district immediately took critical systems offline to avoid any further data leakage. No information was provided as to how much data had already been compromised.

Police and BSI experts are currently investigating the attack in an attempt to ascertain its source as well as analyzing the virus in order to neutralize it. Experts hope to present an initial evaluation on Monday.

A BSI spokesperson said that other German districts and municipalities had been attacked in the past yet none had declared disaster.

Though small in comparison, the crime is the latest in a growing number of infrastructure cyberattacks worldwide.

The most notable of these shut down the Colonial Pipeline this May in the largest cyberattack ever launched on US oil infrastructure; and another in July that infiltrated systems at Kaseya, an IT company whose software is used by thousands of businesses in dozens of countries around the world, in what has been billed the "biggest ransomware attack on record."