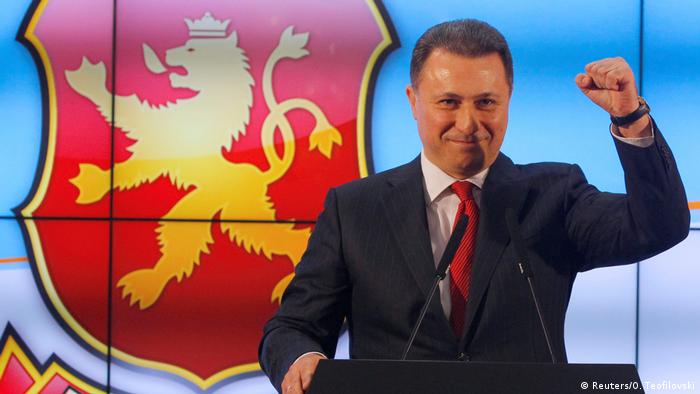 The main ethnic Albanian political force - the Democratic Union for Integration (DUI) - which has long been junior coalition partner in coalition with the VMRO-DPMNE, came third with 10 seats, giving VMRO-DPMNE a very fragile parliamentary majority.

The Macedonian State Election Commission said 67 percent of registered voters participated in Sunday's election, one of the highest turnouts in recent national elections in Macedonia.

About 1.8 million voters were eligible to select 120 politicians for parliament. 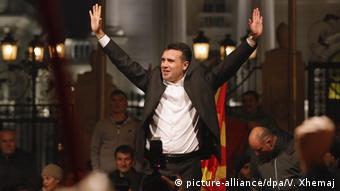 Observers said there had been some irregularities but no political party has yet complained about the electoral process or results. Election observers from the Organization for Security and Cooperation in Europe (OSCE) said in a preliminary report that the voting had gone smoothly overall.

Parties will have 20 days to constitute the parliament, once the state election commission comes out with results.

The elections came after Nikola Gruevski stepped down in January from his post as prime minister following an EU-brokered deal to stop the political crisis surrounding a corruption scandal. Zaev accused the government of wiretapping tens of thousands of citizens and released recordings of supposed wrongdoings. Gruevski and the VMRO-DPMNE party have denied any culpability in the affair.

About 8,000 domestic and 650 international observers monitored the election.

Voting the government out has become nearly impossible for Macedonians, EU mediator Peter Vanhoutte told DW ahead of his last day in office. The Balkan country can get back on track only with international support. (25.03.2016)

A new deal set to end months of political crisis in Macedonia has been reached with the help of EU mediation. Prime Minister Gruevski is stepping down and the opposition will return to parliament. (15.07.2015)

A 24 hour stand-off between Macedonian police and gunmen over the weekend left 22 people dead. Questions remain about the motives and many observers doubt the official version. DW's Boris Georgievski reports. (11.05.2015)