A new deal set to end months of political crisis in Macedonia has been reached with the help of EU mediation. Prime Minister Gruevski is stepping down and the opposition will return to parliament. 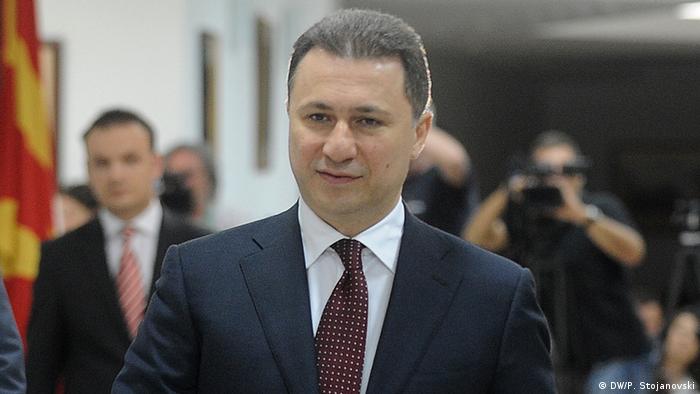 "This is an important step in overcoming the current crisis and towards addressing key challenges facing the country," the European Commission said in a written statement.

In June, the European Commission submitted a list of "urgent reform priorities" to be fulfilled by the country's politicians. Brussels named reforms to the rule of law and fundamental rights, depoliticization of the public administration, freedom of expression and electoral reform as crucial for "addressing the systemic weaknesses."

Macedonia has been embroiled in a deep political crisis since the beginning of the year after the opposition began publishing leaked telephone conversations between the prime minister and his closest allies. The opposition claimed that the recorded conversations were evidence of mass wiretapping, widespread corruption and interference in the judiciary and the media by Gruevski and his government.

Tens of thousands of people went to the streets in May calling for Gruevski's resignation. The defiant prime minister responded by organizing massive counter-demonstrations of his own supporters.

Under the deal reached early Wednesday, a special prosecutor will be appointed in September to investigate the wiretapping scandal. Macedonia's prime minister, Nikola Gruevski, is also to step down in January and the Social Democrats, who are the currently the country's main opposition party, are to return to parliament in September. They have boycotted parliament for the past year, a decision prompted by claims of election fraud.

The Social Democrats plan to enter into a unity government in October and are to work with a caretaker cabinet named by Gruevski's VMRO-DPMNE party. Together, they will organize new elections, currently slated for April 24. 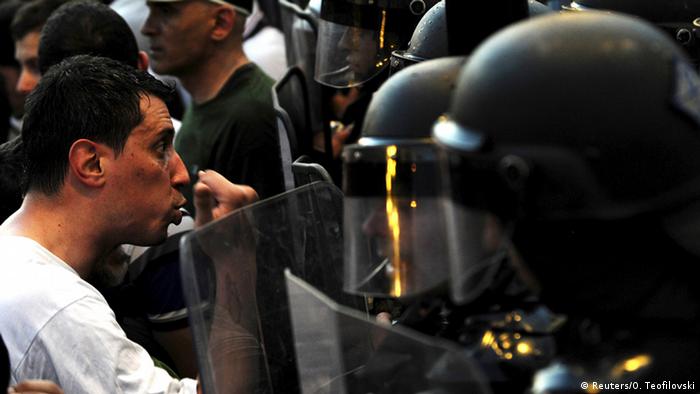 Both, the opposition leader Zoran Zaev and Gruevski held a press conference in the early morning declaring their satisfaction with the agreement.

"The political crisis in Macedonia is solved and the European perspectives of Macedonia remain opened," Gruevski said.

Macedonia has been an EU candidate country since 2005 and its attempts to join both the EU and NATO have been blocked since 2008 because Greece disputes the use of the name "Macedonia." Not much has changed on either of these perspectives since Gruevski came to power in 2006 and his government is increasingly perceived as authoritarian. Furthermore, various international organizations have reported a sharp decline in Macedonia's democratic standards and the freedom of the press over the past eight years.

According to Bojan Maricik - political analyst and a member of the Macedonian Centre for European Training - the agreement will not bring serious political reforms, but it will at least put some restrictions on the current government.

"This agreement puts additional control mechanisms and instruments in power to limit the authority of the prime minister before the elections in April," Maricik told DW. "There's much less space for manipulation by the police and in the state budget, and the regular pre-election pressure on the voters will be lower."

According to Maricik, the deal only serves as a starting point to resolve the prolonged crisis and a relaxation of the political situation.

"The biggest danger is if Gruevski doesn't fulfill the agreement. The role of the EU will be crucial because it should act as its guardian," Maricik added.