Locals in Kaliningrad have handed out flyers and created social media videos decrying Immanuel Kant as a "Russophobe." But Kant's supporters say it's just anti-German sentiment from those who don't understand philosophy. 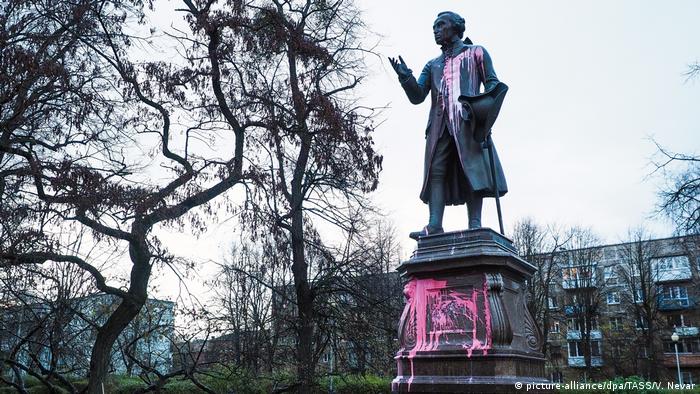 German philosopher Immanuel Kant is stirring up controversy in his now-Russian hometown of Kaliningrad, more than 200 years after his death. After his name spiked in popularity as a possible new moniker for the city's airport, his statue in the town was vandalized by nationalists and the philosopher was branded a "traitor" and a "Russophobe" by a local lawmaker.

"The name of the German Kant will not tarnish our airport," declared flyers that were passed out around Kaliningrad.

Kant, a foundational thinker of modern Western philosophy, was born in 1724 in what was then called Königsberg. The city was a part of eastern Prussia and included Polish and Lithuanian communities as well as the German-speaking majority.

Königsberg was the subject of a massive siege by the Soviet Union at the end of World War II, and after the war became the Soviet exclave Kaliningrad, completely surrounded by Poland and Lithuania.

The airport near Kaliningrad is currently called Khrabrovo, after the closest village, but there is now a campaign to rename dozens of Russian airports. Many of them with have their own online polls, but none have caused as much of a stir as the possibility of a Kant Airport.

Kant's statue, tomb, and a plaque marking the spot where his house once stood have all been vandalized in the past week.

"He demeaned himself to get a department in the university so that he could teach and write some strange books that none of those present here today have read," said a Russian naval officer in an anti-Kant video made for social media. 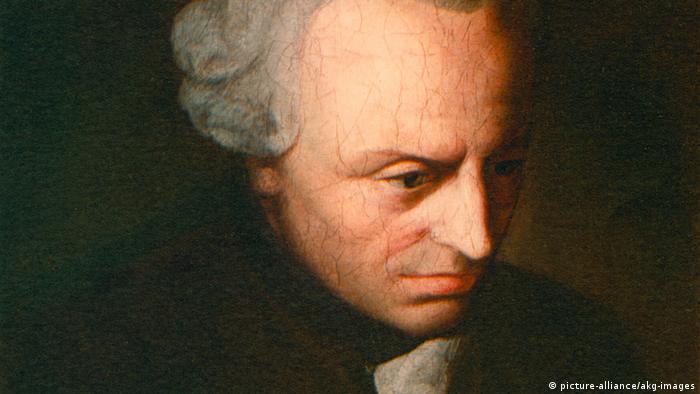 Immanuel Kant's most famous work, "Critique of Pure Reason," explores the relationship between human experience and abstract concepts like space and time, and is considered a foundational work on modern philosophy.

The officer also accuses Kant of "betraying his motherland," despite the fact that Kant was born in what was then a Germanic kingdom.

Kaliningrad regional lawmaker Andrei Kolesnik wrote in an opinion piece for the pro-Kremlin website Vzglyad that it would be "unpatriotic" to "Germanize" the Kaliningrad airport.

Kremlin spokesman Dmitry Peskov, commenting on the controversy, declined to pass judgment on Kant, but said that the hubbub showed how "passionate" citizens were about the name of the airport.

Professor: Naysayers known nothing about Kant

Vadim Chaly, head of the philosophy department at the Immanuel Kant Baltic Federal University in Kaliningrad, told AFP that if Russians objecting to Kant actually knew anything about the philosopher, they would see that his values were the "normal values of any modern society, including Russian."

"Kant's figure is vaguely disliked by the part of Russian society which hasn't yet figured out their own ideas, let alone Kant's."

Supporters of Kant chalked the animosity up to anti-German sentiment that is still widespread amongst parts of Russian society.

Germany offers to mediate between Russia and Ukraine

German Foreign Minister Heiko Maas has said Germany could mediate between Ukraine and Russia in the ongoing crisis in the Sea of Azov. But some critics in Germany are calling on Berlin to help Kyiv militarily. (27.11.2018)