Rosebell Kagumire is fighting for women's rights in Africa

The Internet is a powerful tool for pan-African blogger Rosebell Kagumire.

"The Internet has helped us to break barriers in terms of language, borders, you know, to be able to understand [...] The internet is a powerful tool of our time." Ugandan journalist and feminist Rosebell Kagumire scrolls through her Twitter timeline in search of new issues for the website "AfricanFeminism.com". She curates the website, which focuses on giving women in Africa a voice: "That's why my work is around documenting African women's realities, but also celebrating African women's achievements." Rose collaborates with around 30 other authors across Africa, who use the platform to document their struggle for women's rights.

Rosebell Kagumire started writing for different national and international online media outlets from the age of 18. Protecting women from abuse and violence has always been one of her main concerns: "The realities of African women and girls is still appalling in so many different ways that we are still far away from finding out ways to a gender equal community as different communities on this continent.", Kagumire explains in an interview for DW.  Women are harassed in broad daylight, in their offices and families. Often, the perpetrators are actually relatives, says Kagumire: "These are relatives within your families. So girls are not free and they are not, you know, protected within the homes. [...] It's very important that we establish what safety means for an African girl, for African women. So, as long as we have so many threats to women's safety and well-being, we cannot actually develop as a continent. We cannot take off." 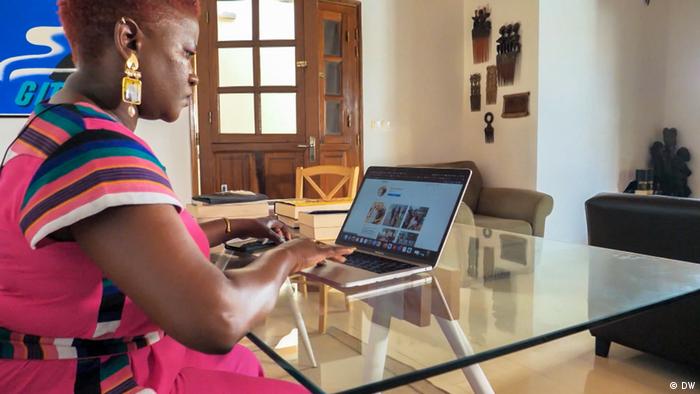 In some rural regions in Africa, women are often caught in patriarchal structures that are set up to prevent women from "taking off": In 28 countries on the continent, female genital mutilation (FGM) is an age-old tradition that is still practiced today — even though it comes with serious adverse health effects. Child marriages are still common, and access to education is mostly exclusive to boys. The economic inequalities that women face also make it harder for them to gain financial independence: "Financial freedom for women is a very big challenge of what I've talked about. It's slightly inherited. It's partly because of inheritance. Most Africans depend on land still, yet African women don't own land." When it comes to inheritance, women are mostly ignored: "They don't give them land because the idea is that you grow up, you get married, you go and your husband takes care of you."

Rosebell Kagumire was raised in a progressive family where all children had access to education. As a feminist, her privileged background is also her motivation: "I have to make sure that I work towards an equal world because it doesn't matter how privileged you were, if the whole world around you is still unequal, you're not going to be free."

On social media, Rosebell Kagumire has found like-minded people. Many young, educated and tech-savy women on the continent are making their voices heard and demand gender equality, freedom and social inclusion. On social media platforms like Twitter, Instagram, or WhatsApp, they raise awareness on societal injustices, and have inspired both online, as well as offline protests and movements across Africa.

Like the #EndSARS movement, which took to the streets calling for the disbanding of the "Special Anti-Robbery Squad" (SARS), a notorious unit of the Nigerian police. Using the hashtag #EndSARS, the protests quickly turned into one of the country's largest anti-government movements. When the Nigerian military opened fire on unarmed #EndSARS protesters in October 2020, the images went viral. To this day, the Nigerian government denies this account of events, and views the incident as a lie hyped up by international media outlets. The Nigerian government has also increased its crackdown on freedom of expression. In June 2021, the government banned Twitter, claiming it was a reaction to "persistent use of the platform for activities that are capable of undermining Nigeria's existence." 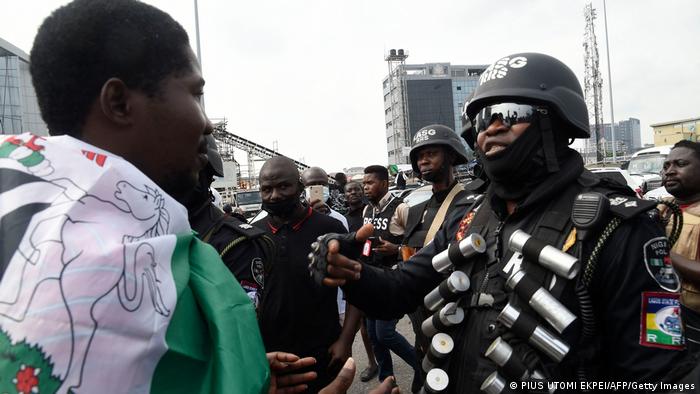 #EndSARS protests were the largest protests in Nigeria's modern history

"Banning social media and Internet shutdowns is currently a dictator's perfect tool against the people on this continent," says Rosebell Kagumire. "It's against an upcoming surge of young people who are expressing themselves. They can no longer keep quiet."

In Uganda, Rosebell Kagumire has also experienced this type of repression: In 2020, President Yoweri Museveni, who has been in power for over 35 years, sought to disrupt election campaigning by restricting internet speed in the country. "Museveni played with peoples' livelihood", explains Rosebell Kagumire: "So it's both freedom of expression, but also the Internet is a place where people, as writers, make money, make a living." 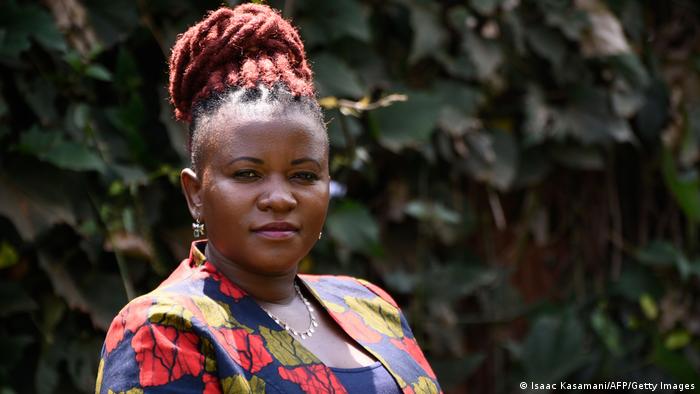 For months, the East African country was hit by heavy clashes. Repeatedly, security forces would clamp down on opposition groups. Bobi Wine, the most prominent opposition candidate who most of the country's young population had set their hopes in, was repeatedly arrested. The disputed re-election of Museveni further inflamed tensions.

In order to pursue activism and journalism, Rosebell Kagumire moved to the Senegalese capital Dakar for a few months: "I needed a break from my own country," she says. "People are being killed on the streets in Kampala and living in a dictatorship, it's going to be exhausting, especially if you're vocal and you're constantly in fear of what is going to happen to you or someone you know."

Despite the state repression, Rosebell Kagumire is back in Uganda, where she continues working as a journalist and activist. "We must respect everybody on this continent," she believes - and she won't be silenced until this has become reality.