Thousands of children survive in the open in the Ugandan capital, Kampala by begging for money. Residents are fed up and city authorities are struggling to keep the youngest among them off the busy streets. 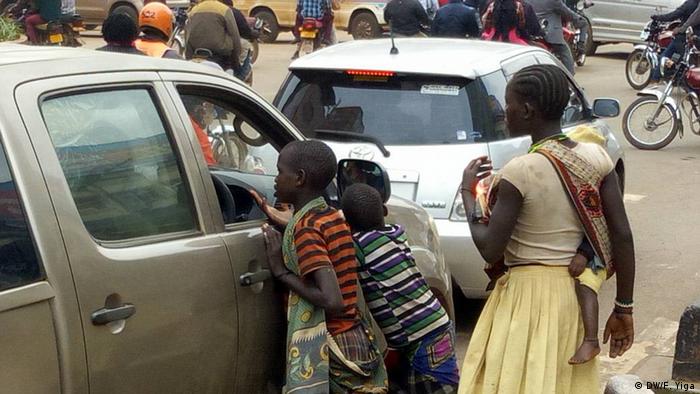 It is rush hour in Uganda's capital, Kampala. Groups of young children linger on the streets, and as soon as they see a car slowing down, they quickly swarm around and beg for alms. Then, they move from car to car, hoping to get as many handouts from drivers as they can.

Peter Otai, a motorist, is used to these kids, some as young as four, crowding around him. However, he now seems overwhelmed and considers them a nuisance. "You could be walking on the street, and the street kid comes running after you asking for money," Otai says.

"They stick on you, and they are split at a distance of about five meters. Something is not adding up here. It's becoming too much, and the government has to do something," a visibly concerned Otai told DW.

16-year-old Richard Kawadwa, who has roamed the streets of Kampala with other children, told DW that he opted to flee his home out of fear. "I ran away from home because I lost my aunt's money when she sent me to the shop. So I became afraid," he said.

More than 15,000 children, aged between 7 and 14, live in Kampala's streets. According to city authorities, at least 100 children are taken off the roads every month.

President Yoweri Museveni's government plans to rehabilitate the street children and reintegrate them back into their family homes. But, that isn't happening anytime soon. 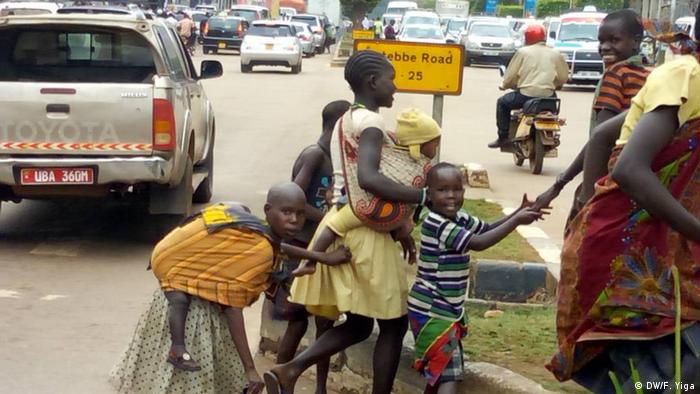 Some children flee their homes due to physical or psychological abuse

In 2019, Kampala passed a law banning giving money or food to street children. City authorities said the law was aimed at curbing children's commercial and sexual exploitation. Offenders could face up to six months in prison or a fine of $11 (€7).

The high number of children leaving their homes for the streets has forced child support organizations to think of new strategies for interventions.

Jajja, 30, who used to live on the streets, has now been enlisted by one organization to help address the issue. "Organizations send me to talk to the children about how they are ready to take care of them," Jajja told DW.

"If they are willing to go back home or join technical schools to learn carpentry or even mechanical engineering. When we identify children who have struggled to survive, we take them to hope for justice."

Aunt Nabwire, a residential social worker who works at a child care organization based in the Kampala suburb of Kibuli, told DW that once the children are taken off the street, they are rehabilitated. Their addresses and families are traced, and then the young ones are resettled back to their homes.

"These children go through a lot," Nabwire said. "When they are on the streets, it's survival for the fittest. We have to show them love so that they know we are not like those who have been harassing them."

She said they teach them how to work and encourage them to work and not see it as a punishment. "Work is something you are supposed to do the whole of your life to keep your life going," Nabwire added. 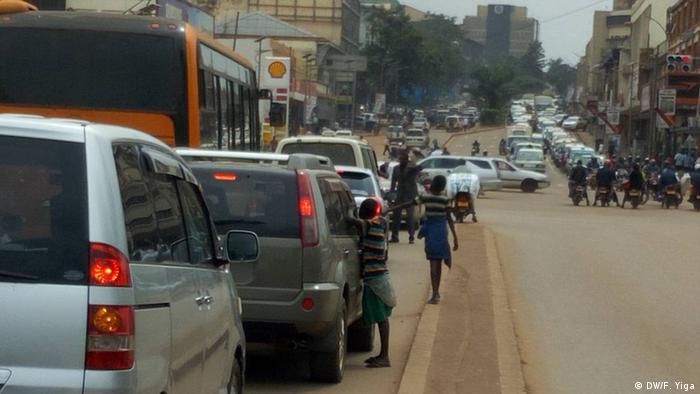 Mondo Kyateka, Uganda's Commissioner for Youth and Children, said parents and guardians who have failed to fulfill their responsibilities were responsible for the current crisis. She warned that they would be punished for neglect when identified.

"We are doing everything possible to counsel the fathers and mothers of children not to let their children stray on to the streets," Kyateka told DW. "That's why we came up with parenting guidelines to guide anybody who decides to bring a soul into this world to know that before you call in government, it's your responsibility."

But not everyone blames poor parenting alone for the crisis. Child care organizations in Uganda have said the return of children to  Kampala's busy streets is also because law enforcement officals often delay routine operations to round them up.

Getting kids back to school in northern Nigeria

Frank Yiga in Kampala contributed to this article.

Rwanda and Uganda have reopened their land borders after a three-year closure over political tensions. The border shutdown caused a near collapse in trade between the two countries.

Thousands of street children have been forced to go back to begging and working odd jobs as schools have been closed and poor families are forced to make ends meet.