Gay marriage in Romania is already banned — the constitutional change would have been a further preventative measure. A minimum voter turnout of 30 percent was needed for the referendum to be considered valid. 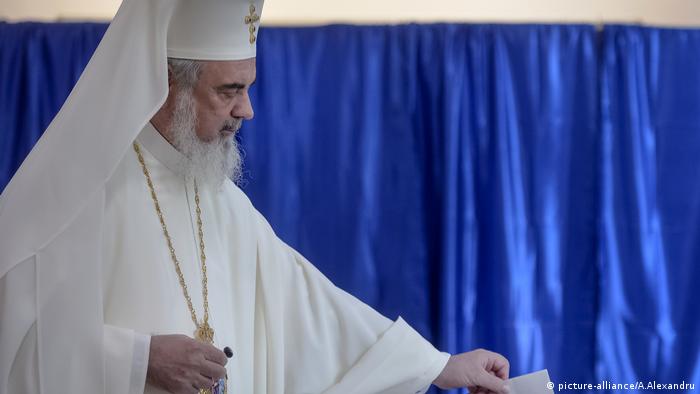 A referendum to change Romania's constitution to ban gay marriage was considered invalid on Sunday, after just 20.4 percent of eligible voters went to the polls.

The two-day referendum, which cost $40 million (€34.7 million), aimed to change the constitution to define marriage as strictly between a man and a woman from the current gender-neutral term "spouses."

A minimum voter turnout of the 30 percent was required for the vote to be valid.

Conservative civil society group Coalition for the Family gathered 3 million signatures to prompt the vote that hoped to prevent gay couples from winning the right to marry in the future. It was backed by the Orthodox Church and other religions, as well as all but one parliamentary parties.

While marriage statutes in Romania already ban same-sex marriage, the Coalition for Family argued that any ambiguity in the constitution needed to be eliminated.

Vlad Viski of LGBT rights group MozaiQ said the failed referendum was a display of Romanians rejecting the Orthodox Church's participation in secular affairs and called for the government to legalize gay civil partnerships.

"Romanians rejected being divided and hating each other, it is a victory for Romanian democracy and moreover, Romanians rejected the involvement of the Orthodox Church in the state's secular affairs," said Viski.

The Coalition for the Family blamed what it called "a massive disinformation campaign" by the media, politicians and local governments for the low voter turnout.

It claimed there was "a general boycott by all political parties" that was "primarily directed against the Christians of Romania."

The vote had been seen as a popularity test for the ruling Social Democrat Party (PSD) that supported the change and whose attempts to weaken anti-corruption legislation have drawn criticism from the European Union.

PSD leader Liviu Dragnea, whose appeal against a criminal conviction in an abuse of office case starts on Monday, told reporters after voting "Yes" to the change on Saturday that Romanians had to decide the kind of country they wanted.

"We all know that for years we've been told others know what is best for us better than we do. I believe it is time we decide what kind of society and country we want to have and how we want to live in our country," Dragnea said.

Romania is ranked among the most corrupt countries in the European Union. Critics accuse the ruling Social Democrats of approving measures to make the situation even worse. (19.06.2018)

Austria's top court has ruled that current laws are discriminatory and must be lifted by 2019. Same-sex couples have so far only been afforded "registered partnerships." (05.12.2017)