Roma group urges halt to German deportations to Kosovo | Germany | News and in-depth reporting from Berlin and beyond | DW | 05.11.2010

A body representing the German Roma community has called on Berlin to halt deportations to Kosovo. Nobel literature laureate Guenter Grass has condemned the removals as a breach of human rights. 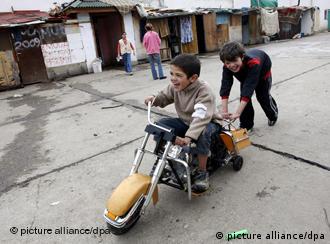 The Central Council of German Sinti and Roma has appealed for deportations of Roma to Kosovo to be halted in a letter to the Interior Ministry.

The letter, written jointly with the international equality group Anti-Racism Network, called for Roma who arrived during the Kosovo conflict in the 1990s to be granted German residency. 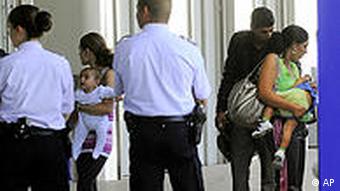 France was forced to defend its policy of mass deportation

On Tuesday, the German Nobel literature laureate Guenter Grass said Germany was guilty of an "appalling breach of human rights" over the Kosovo deportations.

In an open letter to Interior Minister Thomas de Maiziere, published on the website of daily newspaper Die Welt, Grass said children born on German soil to Kosovan parents faced a future of poverty with no education if they were repatriated.

Expulsions of Roma have come into public focus after France began clearing Roma encampments during the summer. Paris sent some 8,000 Roma people from Bulgaria and Romania back to their countries of origin in mass deportations.

Those actions strained relations between France and the European Commission, and French President Nicolas Sarkozy was forced to defend the policy against widespread criticism.

In September, Sarkozy claimed that Chancellor Angela Merkel had told him she supported the actions, and had similar plans. Merkel denied this and the matter was later described by both parties as a misunderstanding. 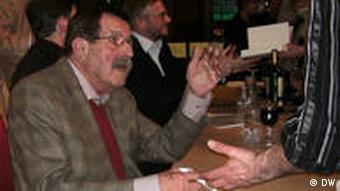 While Germany has no such encampments, as most German Roma live in public housing, Berlin has declined to grant residency to about 8,500 Kosovan Roma in the country.

The Interior Ministry has said it does not plan mass-deportations, but does acknowledge that a gradual repatriation is planned.

The council's appeal was published on its website following discussions on the matter in Heidelberg on Friday.

Kosovo, unlike Bulgaria and Romania, is not a member of the European Union.

Politicians in Berlin have said the mixed messages on Roma deportations from Nicolas Sarkozy and Berlin are not a 'strain' on Franco-German relations. Meanwhile, Roma leaders in Germany say camps aren't an issue here. (17.09.2010)