Rising doubts about Japan′s official radiation figures | Asia | An in-depth look at news from across the continent | DW | 27.02.2013

As the two-year anniversary of the world's second-worst nuclear accident nears, citizen groups are questioning the accuracy of the government's contamination data for the area around the Fukushima Dai-ichi nuclear plant. 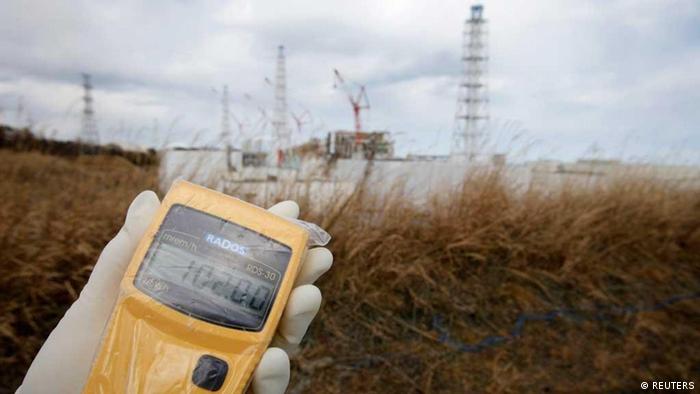 As she watched footage of the first nuclear reactor located in Fukushima Prefecture exploding in the aftermath of the devastating earthquake on March 11, 2012, Yuko Hirono said it felt as if she were watching a movie.

"It was unreal - it was hard to believe, but I had to try to make myself believe it and think realistically what I should do to protect myself and my family," she told DW. "It would have been much easier to react to the situation optimistically, but I tried to be a realist."

Hirono has since moved to Glasgow with her Scottish husband and their daughter because she believes the situation at that plant is "not under control." She also has little faith in the accuracy of information provided by the authorities. 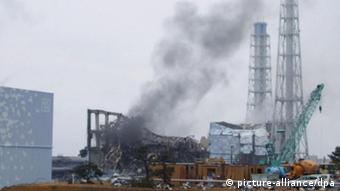 Some Japanese residents believe the situation is still not under control

Today, most people outside the northeastern areas of Japan directly affected by the nuclear fallout are going about their lives as if the crisis were over. Yet some volunteer groups are conducting out their own monitoring efforts and sharing the data on websites.

"We believe it is dangerous for people still living in highly contaminated areas," said Hajime Matsukubo, a spokesman for the Tokyo-based Citizens' Nuclear Information Center (CNIC). He points to independent studies indicating that people in Fukushima and Koriyama – cities well beyond the exclusion zone imposed by the government – are still exposed to high levels of radioactivity.

"The level of a 1 millisievert dose per year, which has been set by the International Commission on Radiological Protection, is the result of a lot of research," Matsukubo said. "And even if the risk is not so high, people from the Fukushima Prefecture should not have to accept that."

People are worried about exposure, he adds, even though scientists, doctors and the government tell them it's safe to live in these areas.

The government provides information from remote monitors in and around the exclusion zone, but CNIC questions the accuracy of the data.

"There is a possibility that areas around the monitoring posts have already been decontaminated," Matsukubo said. "We are deeply worried that these numbers are being accepted as official air radiation levels and used to estimate exposure."

CNIC is calling on authorities to gather air radiation data from all sources and make it available - and easily understandable - on one website to determine the degree of contamination of agricultural land. 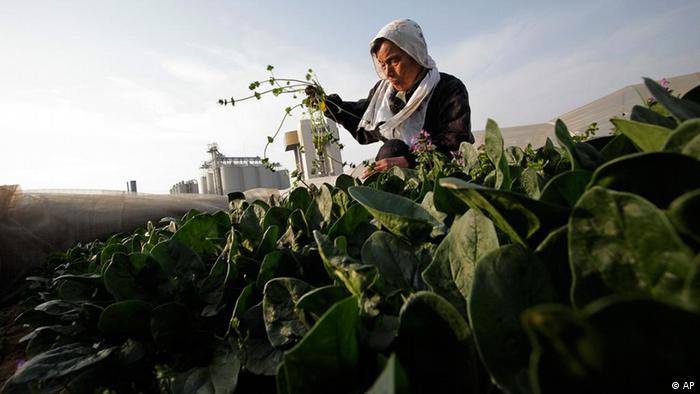 Experts warn, however, that assessments made today may be of limited later as it takes about five years for radiation to sink to a depth in the ground at which point it can affect potatoes and other root crops.

"After several blunders during the first year, the food monitoring program now seems to be preventing most food above contamination limits from reaching supermarkets, so even people living their lives as usual should be protected from most of the avoidable internal exposure," said Antonio Portela with the Tokyo Radiation Levels, a group that provides daily radiation data via Facebook.

There is particular concern over wild mushrooms and berries, wild game meat and citrus fruits as well as fresh-water fish and demersal fish caught off the northeast coast.

"I think that it's possible to have a reasonably accurate idea of the extent of the contamination and how it has affected the food chain, for example, by using exclusively official data," Portela said. "But the way in which the information is available makes this operation very time-consuming."

What's needed, Portela argues, is a clear warning that some food items from the Kanto region in eastern Japan and some prefectures in the northeastern part of the country are showing elevated contamination levels. People need to know, he said, that this "situation is not going to change during the coming years or decades."

Yoshiko Aoyama, deputy director of the NRA policy review and public affairs division, said she believed information provided to the public "has been helpful." 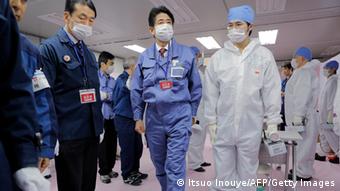 She cited a speech by NRA Chairman Shunichi Tanaka to the Fukushima ministerial conference on nuclear safety in December. In that speech, Tanaka said the authorities aim to "put people's health first" and to establish "an objective and rigorous regulatory system based on hard science rather than political or economic considerations."

But a vast amount of work remains to be done, and some citizen groups have raised questions about the efforts made to date.

"I've seen guys with wet rags wiping off windows and hosing down driveways of mud collected in vacant towns over the last two years," said Joe Moross, an engineer and volunteer with Safecast Japan. "It might look a bit better, but it's doing very little to get rid of the cesium contamination. You can't get rid of something like that with a broom."

Removing cesium, he noted, would require carving off the top layer of affected surfaces, a process that has been done on some of the main roads.

Experts admit that before people will return to their homes in the evacuated areas, they'll need to overcome their fears of something they can't see, hear, taste or smell.

"People just don't know whether or not it's safe and if they don't feel safe, they won't return," said Moross. "Many also worry that the government may be more interested in economics and business than in people and health."

A local Japanese politician plans to take her environmental message to the national level via the Tomorrow Party of Japan. Attitudes about the environment are changing, but enough to change the government's course? (12.12.2012)