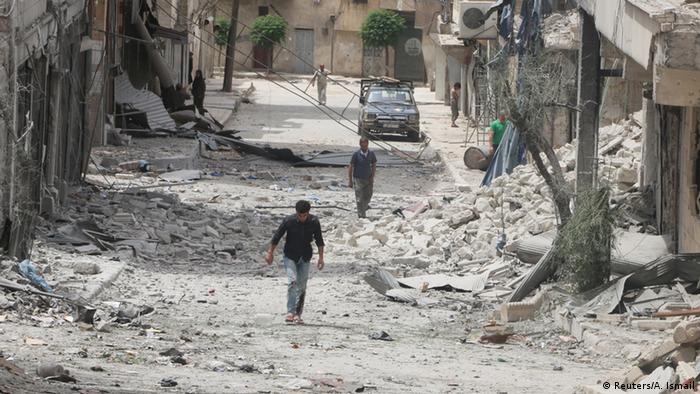 Syrian rebel groups backed by Turkey and Saudi Arabia have carried out indiscriminate attacks on a Kurdish district in Aleppo that may amount to war crimes, a human rights group said on Friday.

Amnesty International said rebel factions in Aleppo "displayed a shameful disregard for human life" when targeting the Kurdish Sheikh Maqsoud district and may have used chemical weapons earlier this year. 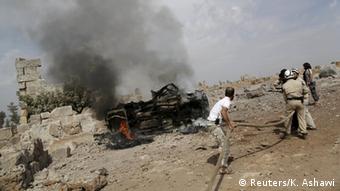 Two of the rebel groups - the hard-line and powerful Islamist factions Ahrar al-Sham and Army of Islam - have representatives at stalled UN-mediated peace talks in Geneva. The others have delegates representing them.

Army of Islam issued a statement in April saying a field commander had deployed an "unauthorized weapon" on Sheikh Maqsoud and would be punished. It was not immediately clear what chemical weapon was used.

At least 83 civilians were killed by indiscriminate shelling during attacks on the Kurdish People's Protection Unit (YPG) forces between February and April, Amnesty said.

The YPG, which is backed by the United States in its fight against the so-called "Islamic State" and controls territory along the Turkish border, has for the course of the war controlled a pocket of territory in the northern Aleppo suburbs. Rebels accuse the Syrian Kurds of working with the Assad regime, charges the YPG denies.

Amnesty called on the Gulf States and Turkey to block the transfer of arms to groups committing human rights abuses and violations of international law. Turkey, which has blocked the Kurds from participating in peace talks, considers the YPG a terrorist organization and has backed rebel groups to counter the Kurdish territorial gains along its border.

"The international community must not turn a blind eye to the mounting evidence of war crimes by armed opposition groups in Syria," Amnesty International's Middle East and North Africa Deputy Director Magdalena Mughrabi said. "The fact that the scale of war crimes by government forces is far greater is no excuse for tolerating serious violations by the opposition." 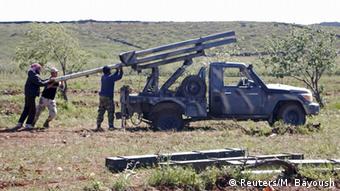 Ahrar al-Sham and Army of Islam

Russia, Iran and Syria - all major players in the multi-sided conflict - want Ahrar al-Sham and Army of Islam to be recognized as terrorist organizations and excluded from any future ceasefire alongside the already listed al-Qaeda affiliated al-Nusra Front and IS.

Ahrar al-Islam is allied with al-Nusra Front, as are a number of other rebel factions.

However, the United States wants Ahrar al-Sham, as the largest rebel faction in Syria, to be integrated into talks and break its relations with al-Nusra.

Al-Nusra's key role in the conflict and alliance with several rebel factions has given the regime and Russia cover to bomb rebel positions despite a US and Russian brokered ceasefire, which broke down last month amid mutual accusations of violations.

The issue of which groups are recognized as terrorists remains a major sticking point in peace talks set to resume next week in Vienna. In Austria, 17 world powers will meet in an effort to hammer out a durable ceasefire, allowance of humanitarian deliveries to besieged areas and the outlines of a political transition.

The possible resumption of talks between the regime and opposition in Geneva is complicated by entrenched positions on both sides. The opposition wants Syrian president Bashar al-Assad to step down while the regime won't budge on the issue.

Fighting continued unabated across Syria on Thursday, as a 48 hour temporary ceasefire extension negotiated by Moscow and Washington expired between the regime and rebels around Aleppo, Syria's biggest city before the war. A Syrian army soldier on patrol

Syrian regime forces were repulsed in a counter offensive in the eastern region of the city which has been divided in half between regime and rebel controlled areas for much of the five year civil war. A narrow outlet running northwest of the city is all that connects rebels to supply lines.

Separately on Thursday, Ahrar al-Sham and al-Nusra took control of a village loyal to the Assad regime in the central province of Hama. The Syrian Observatory for Human Rights, a UK-based monitoring group, said dozens of civilians and soldiers had been kidnapped from al-Zara and their fate was unknown. The villagers were Alawites who the hard-line Sunni Islamists consider apostates.

At least 16 al-Qaeda militants were also killed in airstrikes on the Abu Zohour military airport on the outskirts of Idlib, the Observatory said. It was not clear if they were Russian, Syrian or US airstrikes. 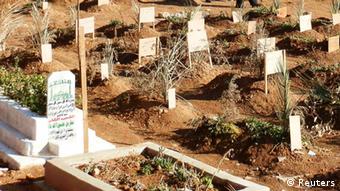 A graveyard in Daraya near Damascus

The UN and Syrian Arab Red Crescent on Thursday said an aid convoy had been blocked from entering the besieged Damascus suburb of Daraya, in what would have been the first aid shipment to the town since 2012.

"Daraya has been the site of relentless fighting for more than three and a half years, and we know the situation there is desperate," said Yacoub El Hillo, UN resident and humanitarian coordinator in Syria.

The convoy carrying medicine, food and other supplies had been granted permission from the regime to enter the city but was turned away at the last check point, the UN and Red Crescent said.

The United Nations (UN) has said that, if found to be deliberate, the airstrikes on two Syrian refugee camps "could be a war crime." At least 30 people were killed and more than 80 others injured. (06.05.2016)