Right-wing publisher Schelm intends to release a version of Adolf Hitler's anti-Semitic manifesto "Mein Kampf" without annotations. Many are outraged - though some believe it's time Germany dealt with its Nazi past. 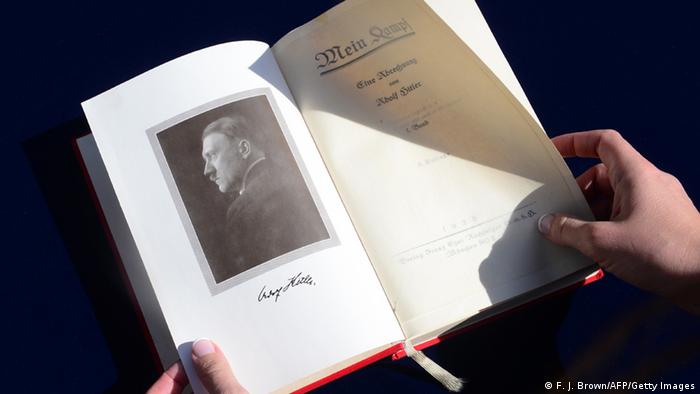 Amid much furor, Adolf Hitler's "Mein Kampf" returned to German bookstores in January - albeit in annotated form. The first editions, with around 3,700 comments from expert historians that allowed readers to put the diatribe into context, sold out within weeks.

The publication was made possible only this year after the book's copyright had expired, 70 years after Hitler's death. Legally speaking, the work is considered seditious. But with the annotations by the Munich-based Institute for Contemporary History, the legal case for publication was sound. 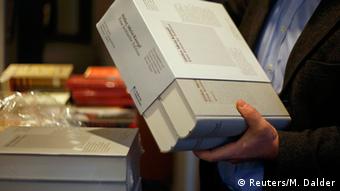 At 5 kilograms (11 pounds), the annotated edition of Hitler's "Mein Kampf" is heavy reading in more ways than one

That's not necessarily the case for a new edition from right-wing German publisher Schelm, which it plans to release this summer - in its original form, without annotated context.

Schelm, based in Leipzig, is already taking orders on its website for the "unaltered reprint," which the publisher says will serve as a source of public education, help defend against unconstitutional efforts and provide historical documentation for the academic world.

Schelm's plans came to light through an in-store advertisement in a bookstore in Forchheim, just north of Nuremberg.

"The bookseller announced that she planned to sell the original version, and had advertised the book with a picture of Hitler," said Christopher Rosenbusch, a spokesman for the local prosecutor, speaking with DW. The prosecutor's office has launched an investigation; even just the advertising can lead to possible charges.

The advertising also uncovered Schelm's plans. Republishing the original manifesto is illegal under German sedition laws against inciting racial hatred, and investigators are looking into whether they will bring charges against the publisher.

When a performance of 'Mein Kampf' makes Hitler feel human

Breaking a taboo, the critical edition of Hitler's "Mein Kampf" has become a bestseller in Germany. An unusual reading of the dictator's manifesto at the lit.Cologne festival shows that the work can still unsettle. (17.03.2016)

Ahead of the release of an annotated version of Adolf Hitler's "Mein Kampf," the president of the German Teachers' Association has suggested that schools should study the text. In an interview with DW, he explains why. (21.12.2015)

Schelm has argued that it plans to publish the text with a commentary as foreword, but that alone is hardly sufficient for it to be considered research material. "To speak of public education in this case is nonsense," said Hajo Funke, a professor at the Otto Suhr Institute of Political Science in Berlin. "This is an anti-Semitic text that only serves to agitate."

Anyone who incites hatred against a person over their national, racial, religious or ethnic origin in Germany can be charged with sedition. Any glorification of Nazism is prosecuted.

But it's not that simple: students or academics that use "Mein Kampf" as part of their studies are exempt. For that reason - and to legally protect itself - Schelm is playing up its edition of the text as an academic service, and on its website has distanced itself from the book's hateful passages.

But the fact that the publisher's web domain is volkstod.com, which translates to "death of the people," and that Schelm only publishes books that cater to the ideology of the right, speaks volumes.

"These deception strategies have always been around," said Kai Brinckmeier, an expert on right-wing extremism. "There was a site on the internet, similar in style to Wikipedia, with a list of topics that were intended to deny the Holocaust. Students searching the net for information were at risk of taking that source at face value, thereby falling into the trap of the neo-Nazis."

Ban is not the answer

Despite the controversial content, there hasn't been an explicit ban on the book's publication since it entered the public domain. "But even a ban wouldn't necessarily keep the idea from taking root in the minds of certain people," said Brinckmeier. There is a risk, however, that someone who initially had nothing to do with the right-wing movement could be tempted to consider such views through the book's distribution, he pointed out. 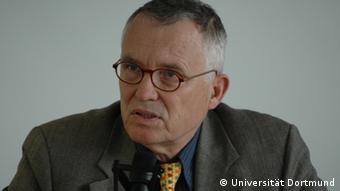 Horst Pöttker, senior professor at the University of Hamburg, also doesn't think a ban would work. He finds the annotated version a good compromise; he actually wanted to publish a similar version several years ago, but at the time the copyright was still in effect.

"In Germany we fear a wave of right-wing extremism [if the book is published], but that's not the case in other countries. Even in Israel, 'Mein Kampf' is sold in its original version," he said.

Pöttker said the reaction in Germany only shows that Germans don't know how to deal with the Nazi past. "There's an urgent need as a society to finally find a way to properly process this past, culturally and publicly," said Pöttker. "'Mein Kampf' belongs in the public discourse. And now the right-wing camp is trying to make its own inroads."

'Mein Kampf' in a historical context

"Mein Kampf" is not just a diatribe; it also contains ideas that would have appealed to some in the German educated classes in Hitler's time. "[Hitler] wrote that one should read widely, and Munich is described as a beautiful city," said Pöttker. 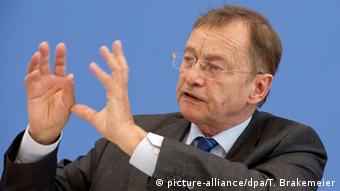 Today, the text can clearly be seen in a racist ideological context, which led to concentration camps and the extermination of the Jews. "The fact that Hitler wrote about his racial ideology and Auschwitz in 'Mein Kampf' just goes to prove all the Holocaust deniers wrong," added Pöttker.

Despite his objections, Funke believes Schelm is filling a gap in the market with its plans for an unannotated edition. "The annotated version is very instructive, but also very ominous," he said, adding that it's not suitable for a broad critical interpretation. "The critical analysis could have easily been done over 200 pages."

Funke is interested in how the case against Schelm proceeds, because if charges are eventually filed it could end up having an impact on the annotated version released by the Institute for Contemporary History in January 2016.

"Even with its commentary, the text could also seem to glorify the contents of the book," he said. "In that case, it also wouldn't be on solid legal ground."