Ridley Scott's 'All the Money in the World' premieres in Europe

As the British director's latest film hits cinemas in Italy and Greece, DW looks back at his illustrious filmography full of cult titles and controversies.

"I've seen things you people wouldn't believe," says the charismatic replicant (an artificial human) Roy Batty while facing death at the end of Ridley Scott's "Blade Runner." Both the phrase and the movie are cult moments of cinema, even though the 1982 noir sci-fi thriller was only Ridley's third feature film.

One of today's most important directors, whose work has inspired generations, learned his skills in television and advertising and debuted in 1977 at age 40 with "The Duellists," a critically-acclaimed war drama. 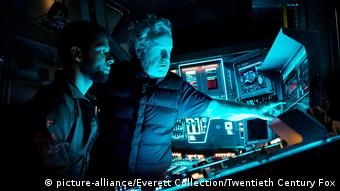 Ridley Scott on the set of "Alien: Covenant"

Now, after 40 years in the film industry, Scott has directed over 40 movies and produced over 120 projects. And with three new titles in the making, the 80-year-old Briton shows no signs of slacking off.

Not one of his latest movies — "Alien: Covenant" (2017), "The Martian" (2015) and the biblical epic "Exodus: Gods and Kings" (2014) — seem like works of old age. They come with exciting plots, exquisite effects and A-list stars, which audiences have come to expect from this director.

A British giant of Hollywood

Born in South Shields, a small port town in North East England, Ridley Scott earned the knighthood, bestowed by Queen Elizabeth in 2003, and hundreds of millions of dollars at the box office worldwide.

Some of his releases, such as "Hannibal" (2001) with Anthony Hopkins and "Prometheus," a 2012 installment in the "Alien" franchise, earned only lukewarm reviews. But for each average Scott movie, there have been cult titles that stood the test of time. Apart from "Blade Runner" and "Alien," that list includes "Thelma & Louise" and "Gladiator." 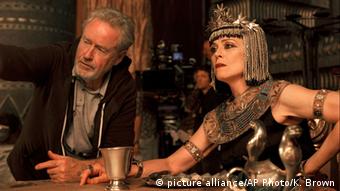 Ridley Scott and Sigourney Weaver during the shooting of "Exodus: Gods and Kings"

'Scott is a visual hypnotist'

From time to time, Scott has been accused of putting too much into his films. Elaborate camera shots and overdone sets are said to take the soul out his movies, making them an all-too-perfect shell that rules out human drama.

"Scott's films are sometimes considered cold and post-human because they often focus on characters who barely understand human emotions," wrote a German critic on the occasion of the director's 80th birthday in November.

The term "post-human" was coined by the well known American film critic Pauline Kael, who once called Scott a "visual hypnotist." What she meant was that it is not unusual for viewers to be visually stunned but perplexed about the story and the questionable motives of the characters.

Ridley Scott's best movies, however, always delicately combine breathtaking techniques with dense narratives. Whether this will be the case of his latest work, "All the Money in the World," is still an open question. The story of the abduction of John Paul Getty III hits German cinemas in mid-February but has already premiered in Greece, Italy and selected theaters in the US. 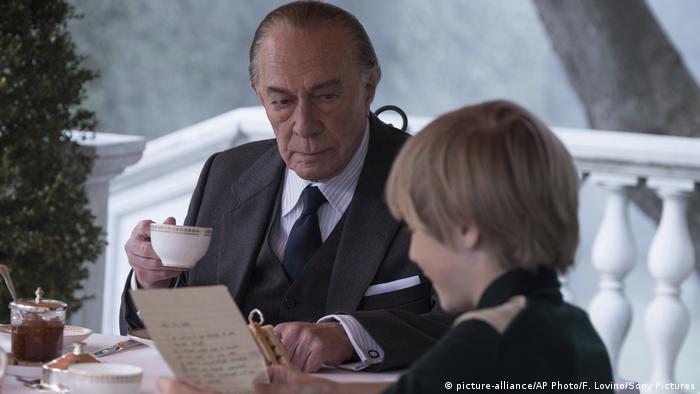 Initial reviews are calling it another Scott masterpiece, even though the production was eclipsed by the controversy of cutting Kevin Spacey out of the movie and recasting him with the Canadian actor Christopher Plummer less than two months before the debut.

Read more: 'House of Cards' to end without Kevin Spacey

The reason for the unprecedented move was obvious though: Spacey had been accused of sexually harassing a 14-year-old boy decades ago, an action he de facto acknowledged. Several other men, including the actor Harry Dreyfuss, later came forward to describe similar experiences. After another allegation, UK police started an investigation.

Watching the movie, one may wonder how Spacey interpreted the role — which should not prevent viewers from enjoying what may become another Scott classic.