The coronavirus pandemic can be an opportunity for the arts, says Austrian percussionist Martin Grubinger — if we understand the signals right. 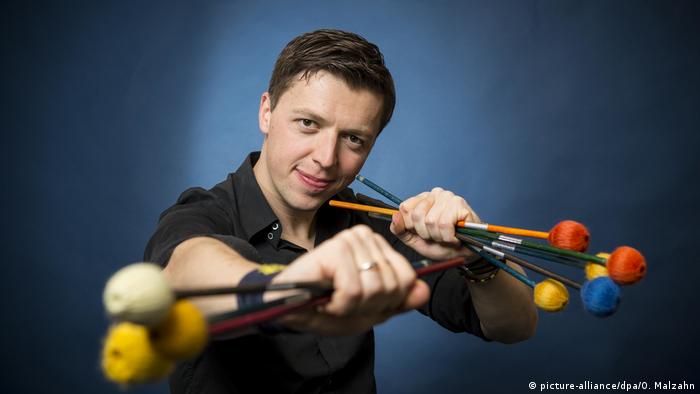 A serious musician with an unserious image: Martin Grubinger

At this year's Salzburg Festival, the self-named "multipercussionist" and his Percussive Planet Ensemble rendered a playbill with music by Wolfgang Rihm, Iannis Xenakis and Steve Reich that challenged both the musicians and the audience: uncompromisingly extreme, multifaceted, even transformative.

That Martin Grubinger advocates diversity in music life — and in life in general — should come as no surprise: Percussionists are open to novel instruments and influences from every culture. He's also thought about the meaning and purpose of art, particularly during the coronavirus pandemic — and in exchange with DW, about the precious value of music culture.

Deutsche Welle: There was something cathartic about the performance in Salzburg with works by Rihm, Xenakis and Reich. That's the feeling of one listener, at least. Is it the same way for the musicians? After hours of practice, do you reach an actual transcendental point in the actual concert?

Martin Grubinger: Absolutely! It's the flow, the moment, that wonderful feeling when, playing together, you don't have to think anymore but instead everything happens automatically. This music has unbelievable power. 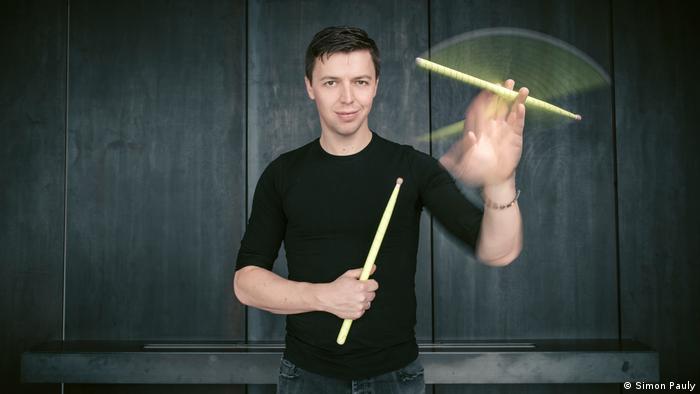 A percussionist has to be fast — and precise

It's like a force of nature. While preparing and rehearsing, you ask yourself at every point, "How can one change or improve this or that? How to work on it? Are we playing together?" And then, at the concert, that automatism suddenly kicks in.

They passed out earplugs before the performance. An insult to the musicians?

No, I like it better that way. Some people are just more sensitive, and I don't want to scare them off. Nor do I want the musicians to get restless if they see visitors in the front rows sticking their fingers in their ears. But we don't want to emasculate this music. We really want Wolfgang Rihm to get his quadruple forte "with pain," as he specifies in the score. The earplugs are a good idea, because then every listener can be his own sound engineer.

You first appeared on the scene more than a decade ago, and the impression was: Here's a young internet-savvy musician who would appeal to a younger, maybe wider audience. A few years later, have you actually found a new audience?

We haven't empirically proven it, but I think that in my concerts the audience is 20, 25, 30 years younger on average than, say for the Vienna Philharmonic or other symphony orchestras.

I see a lot of grandparents with their grandkids. Maybe they don't all like the same pieces in these programs. But Grandma and Grandpa think it's cool to share everything with their grandchildren. In Salzburg we played for the traditional festival audience, including some who probably just stumbled in. I really like that curiosity. 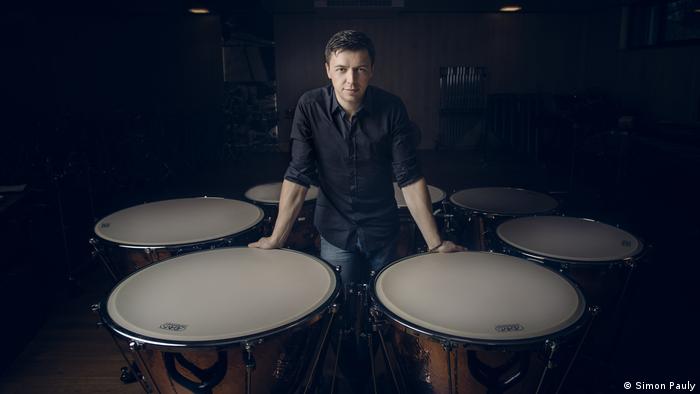 The best-known percussion instrument in the classical orchestra is the timpani, but it's by no means the only one

Percussionists often give the impression that they like to improvise — though strictly speaking, maybe not in actual performance, where they play with great precision and from a score. But I mean in general, such as in the coronavirus pandemic: How have you and your colleagues managed to improvise your way around all the restrictions? How are you doing in general?

I do believe that the percussionist is the more flexible, maybe more creative, perhaps often more curious breed of human. Percussionists always have to be open-minded because their range of instruments is ever-expanding: a new instrument from Afghanistan, a new gong from Thailand, a new frame drum from Syria, a new marimba from America or Mexico, the newest drum from the mountains of South Tyrol.

A percussionist quickly comes to terms with an instrument and absorbs cultural influences. Interested in Xenakis and Rihm, he's also open to funk, rock, pop, jazz and tango music. In times of corona, many quickly adapted and found creative ways to exploit the situation. Some gave online lessons to kids, others got on trucks, traveled through the countryside and gave impromptu open-air performances for villagers. 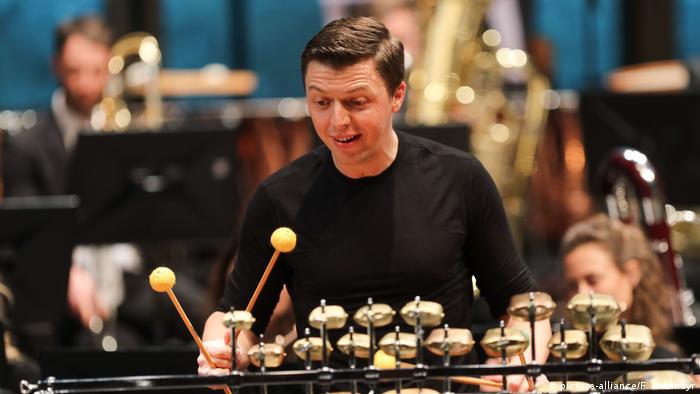 Absorbing elements from other cultures: Martin Grubinger at the Salzburg Mozarteum in 2018

How have you experienced the pandemic?

At the very beginning, I was almost relieved. I'd been so glued to the concert merry-go-round. When the first concert was cancelled, I said, "Whew! Time for my son, time for the family, I can read 'War and Peace,' learn Italian — great!"

But three or four weeks later, I noticed, "Something strange is going on here. I'm restless, always checking the news and asking myself, 'When will the shutdown be lifted, when can I go back onstage?'"

Then I began rehearsing again, giving lessons at home, and with various projects going on, it turned out to be an incredibly intense summer. One colleague said, "Martin, we haven't worked this much for 10 years."

Should the pandemic still be with us next year: Will lights go out in the concert industry, some of them maybe for good?

Yes, I'm not very optimistic there. The classical music scene is fragile, and I think we've all been remiss in past decades in making our art relevant to all classes and sectors of society.

I think we've neglected musical youth, grown aloof and detached, some preferring to go on the next tour of Asia rather than being here for audiences in the big and small cities.

What we need is a new regionalism. And I think that if we're still dealing with the coronavirus next summer, it'll be brutal. I worry about that a lot, because the incredible range of opportunities for musicians in Austria and Germany is unique.

It's like a treasure chest, and we're in danger of losing it. So we musicians have to forge ahead. It's incredibly motivating just to give a live performance again, because it demonstrates what's possible in these times. We're still here! 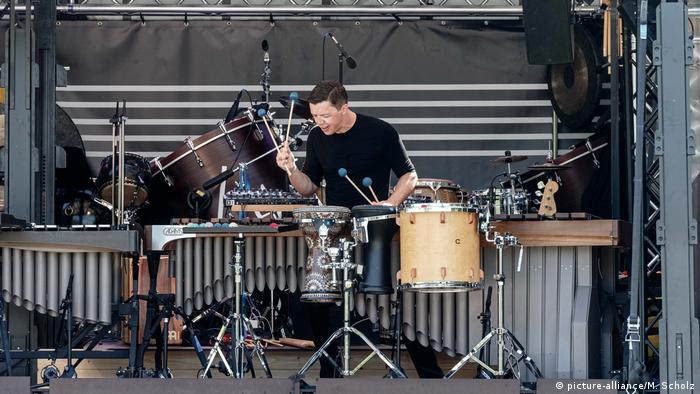 Grubinger travels with an array of instruments, different for every concert appearance

Is there an upside to having an empty date book, for the art itself?

Yes, if we interpret the signals correctly. Just one example: Many institutions get public subsidies. And the taxpayer may ask himself sometimes, "These institutions are financed in part from my taxes, but what do I get out of it? Is this institution present in my region? Is it interested in what I am doing? Do they want to bring their art not only to the concert temples in the big cities but really to the country at large?"

We should see that as an opportunity. If we think more in regional terms and say, "Forget the Asia tour, let's play for the people in Tyrol, in the mountains, in Kärnten or Innsbrück. Let's address the people directly and tell them: "You are the ones. It's with your support that we are able to bring the art and music of this country to the world. And now we're here to show you what we stand for." If we get that right, the glass is half full.

How can one make the arts more relevant to people?

The sole most important thing: There has to be music in the schools. We should educate music teachers with an entirely new concept. They need to have enthusiasm and passion. Our kids should be taught by the best.

What is needed is music teachers with a polished know-how and a personality and demeanor that will make the kids say: "The best part of the day is music and arts class." 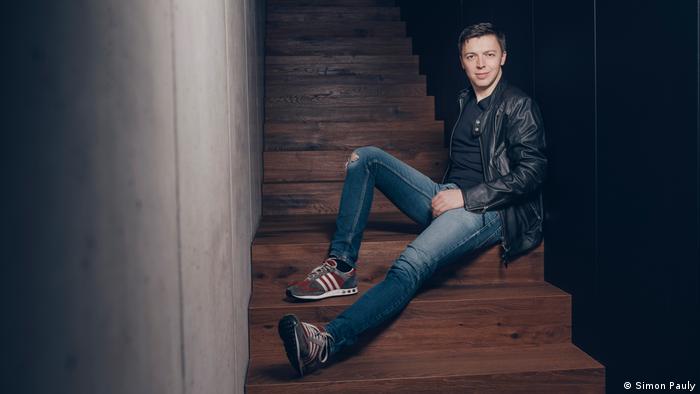 Many people recall music class as a horrible part of school.

And we've reached the point that many remember not having had any music classes at all. But systemic change can happen in the schools. Why is educational policy so hotly debated? Because politicians know that at school, you can not only influence individuals but also attitudes in society at large.

We musicians have to go to the schools and universities. We have to go to the countryside and give them the best we have. If we inundate schools, villages, small communities and the entire country with music of the very best, we will have achieved relevance.

Then people will say, "In my small village, the Vienna State Opera makes for one of the most wonderful evenings of the year. I want my tax proceeds to go to that institution." That would be the right thing. But if the Vienna State Opera doesn't show up there for 40 years, some people might be led to say, "Why should I support it with my tax euros?"

Twenty-three year-old Martin Grubinger of Austria is considered a rising star in the percussion world. At the Arithmeum he presents percussion works in a unique chamber setting.