An author, professor and sought-after lecturer, hobby artist and poet, he's the composer of over 400 works. And at an age where others start to think about slowing down, Wolfgang Rihm's tempo seems to be accelerating. 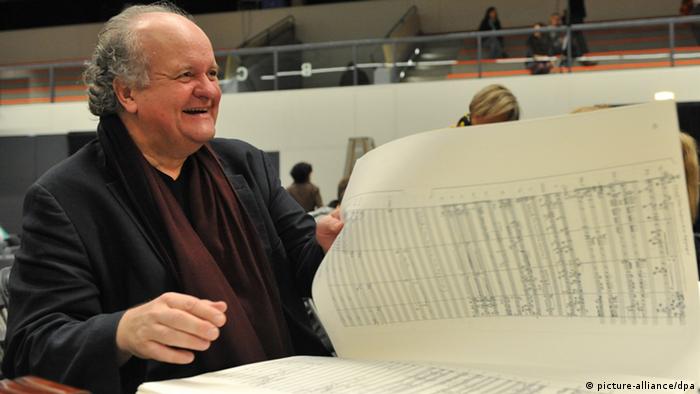 At over 400 works and counting, an uncommonly prolific composer

On January 11, at the classical music event of the year, a composition premiered that was specially written for the occasion: the opening of the Elbphilharmonie in Hamburg. "Reminiscence - Triptych and Statement in Memory of Hans Henny Jahnn" was the title of the newest work by Wolfgang Rihm.

Why this composer? Rihm himself posed the rhetorical question in an interview with the weekly newspaper "Die Zeit": "My work is entirely subjective. How could it represent anything?" He then volunteered an answer: "Maybe they think of me as someone who's devoted to artistic freedom - and that that might be a trait worth putting on display."

That stands to reason. And the statement includes two things worth knowing about Wolfgang Rihm. First, his works don't adhere to any style or school. And secondly: his observations are incisive and hit the mark - also the ones about himself. He neither inflates his self-image, nor does he play it down.

The interview, conducted a few weeks before the Elbphilharmonie opening, was, like many others with Wolfgang Rihm, somewhat low-tech. The journalist sent questions one at a time by fax, and he faxed her the handwritten answers back, one-by-one. The final result is a witty and thought-provoking read, sometimes even putting current events in a nutshell. The question "Is intelligence power?" gets an answer with political overtones: "Whoever wants power can't be intelligent. But no power can hold a candle to a powerful intellect. The question is, whether that power-that-be notices it." 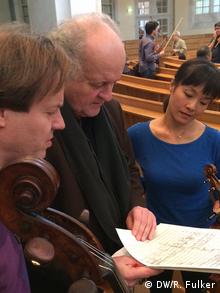 With Jan Vogler and Mira Wang, the soloists in his double concerto of 2015

I have actually had the honor of speaking with Wolfgang Rihm face-to-face - twice: in 2013 in Stuttgart at the premiere of his work "Stille Feste" (Quiet Festivities), and again in Dresden in 2015 when his Double Concerto for violin and cello premiered on the 10th anniversary of the reopening of the Church of Our Lady.

After the first interview, a relaxed yet profound exchange, I asked him for his email address so that I could send him the link to the interview. "I don't own a computer," came the answer that nearly took my breath away. Two years later, the composer was walking around with a smartphone, confirming about the man what I already knew from his music: He continues to learn, evolve and change.

Since 1985, Wolfgang Rihm has been a professor of composition at the University of Karlsruhe, one of his students having been the currently successful composer Jörg Widmann. Rihm had some of the greats among his own teachers: the composers Klaus Huber, Wolfgang Fortner - and Karlheinz Stockhausen. The latter once left him a note that he kept on the wall above his desk for decades. The message: "Dear Wolfgang Rihm, please completely follow your own voice. Yours, Karl-Heinz Stockhausen."

And he did. Born on March 13, 1952 in Karlsruhe, he was already writing music at age 11. During high school he also attended the city's music academy and graduated from both the same year, 1972. That summer he traveled to Cologne to study under Stockhausen.

In 1974, he had his breakthrough at the Donaueschingen Music Days, and in 1978 he became an instructor at the Darmstadt Summer Course. Rihm went back to both events, Germany's hotspots for contemporary music, year after year for decades. 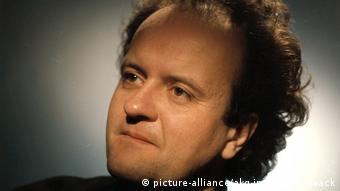 Rihm has been skeptical of the notion of a "music center," however, equating it with "ghetto." And his own works went against the rule book. By the mid-70s, while most composers continued to adhere to serial composition or other systematic approaches, he wrote music that was strikingly intense in the moment, emotionally engaging - or, to use Rihm's own description, "subjective."

The unusual names of many of his works, like "Jagden und Formen" (Hunts and Forms), "Der Chiffre-Zyklus" (The Cipher Cycle) oder "Pol - Kolchis - Nucleus" also point to his interest in non-musical content, particularly literature. "Writing musician and music writer" was the description the Academy of Sciences and Literature in Mainz found in 2014 when it awarded him the Robert Schumann Prize - only one of the many honors to be bestowed on this composer.

A struggle for every minute

At age 25, Rihm wrote the chamber opera "Jakob Lenz," which still occupies a permanent place in the repertory, as do his operas "Die Eroberung von Mexico" (The Conquering of Mexico), "Die Hamletmaschine" (The Hamlet Machine) and "Dionysos." That also goes for his concertos for various solo instruments, songs and string quartets.

Rihm is the author of many books and sits on several commissions, including, since 1989, Germany's royalties collection agency, GEMA. It's a mixed blessing. "I've come to the point where I have to fight for every free minute to work," he told me in 2015. "Other things that aren't of central importance rob me of my energy."

The composer, who lives in Karlsruhe and Berlin, explained his logistics to the "Berliner Morgenpost" newspaper with typically subtle and disarming humor: "The center of my life is in Karlsruhe, and I have an apartment in Berlin. If a lot of my music is played, I spend more time here. Make sure I'm played a lot, because I belong to the Berlin landscape."

No extra effort will be required. Wolfgang Rihm is played a lot - in Berlin and elsewhere.

Wolfgang Rihm: 'I fight for every free minute.'

After the recent premiere of his Double Concerto in Dresden's Church of Our Lady, Germany's best-known living composer gives us a glimpse of how he works and explains what it's like to be a composer today. (30.10.2015)

Dresden's Church of Our Lady celebration defies xenophobia with music

Destroyed by Allied bombs in World War II, Dresden's iconic Church of Our Lady was restored 10 years ago. In a city now marked by xenophobic tendencies, the anniversary is celebrated with music that evokes community. (26.10.2015)

The jury of the Robert Schumann Prize for Poetry and Music has determined that composer Wolfgang Rihm (62) has the "most characteristic mind of our time." His achievements have earned him the highly-endowed award. (10.07.2014)