A joint report by a major German newspaper and regional broadcaster has said that the National Security Agency tapped the telephone communications of former German Chancellor Gerhard Schröder, before Angela Merkel. 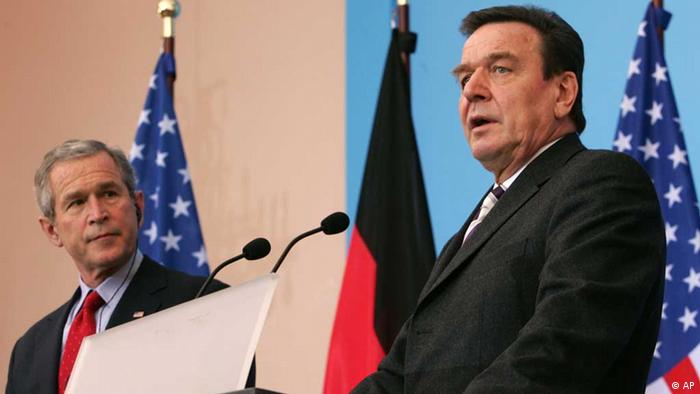 The Süddeutsche Zeitung daily and the NDR regional public broadcaster on Tuesday reported that US secret services began monitoring the communications of German Chancellor Gerhard Schröder no later than 2002.

The publications reported that Schröder was number 388 on the "National Sigint Requirements List" of people whose communications should be monitored.

Citing multiple US government sources and NSA insiders, the outlets said that Social Democrat Schröder's public opposition to invading Iraq - and fears of a split within the NATO defense alliance as a result - was the primary reason to begin monitoring his communications.

"We had reason to presume that [Schröder] was not contributing to the success of the alliance," the Süddeutsche quoted an unnamed source "with direct knowledge of the case" as saying.

Schröder was German chancellor from October 1998 to November 2005, holding a previously unprecedented coalition with the ecologist Greens for two terms.

Now 'no surprise' to Schröder

"Back then I would never have entertained the idea that the US secret services would be listening in on me; but now this comes as no surprise," Schröder said when asked about the report on Tuesday evening.

Green party politician Hans-Christian Ströbele, who recently met with former NSA contractor Edward Snowden in Moscow, told both publications that he could "confirm" the report.

"According to my information, it really was the case that in 2002 and 2003 Chancellor Schröder - and presumably other members of the coalition government - were tapped," Ströbele said. "The reason for this indeed seems to be that the US side wanted information on Germany's position towards the Iraq war and especially on any German activities seeking to stop a UN resolution."

The US and its allies ultimately invaded Iraq without a UN Security Council mandate.

The deputy chairman for the Social Democrats, Rolf Mützennich, told Wednesday's edition of the Kölner Stadt-Anzeiger newspaper that the "American government should finally contribute to comprehensively clearing up this issue of its own accord."

"Transatlantic ties must not be allowed to continue to be undermined by growing mistrust," Mützennich said.

After the 2005 election victory for Merkel's Christian Democrats, the NSA reportedly continued to monitor the chancellor, replacing Schröder's name as number 388 on their list once Germany had a new leader. The alleged monitoring of Merkel's phone was first made public last October.

Edward Snowden, in a television interview with broadcaster NDR last month, had asked "how reasonable" it was to assume that the monitoring of the German government would have stopped at Merkel.

US President Barack Obama last month pledged some reforms to NSA practices, the upshot of an inquiry ordered after Snowden turned whistleblower. The next evening, Obama made a rare appearance on German public television, saying: "as long as I'm president of the United States, the chancellor of Germany will not have to worry about this."