Report: Germany to require citizens to stockpile supplies in case of catastrophe

A civil defense plan to be debated by the cabinet would require citizens to stockpile supplies in case of a catastrophe. The plan says people should prepare for an unlikely event that "could threaten our existence." 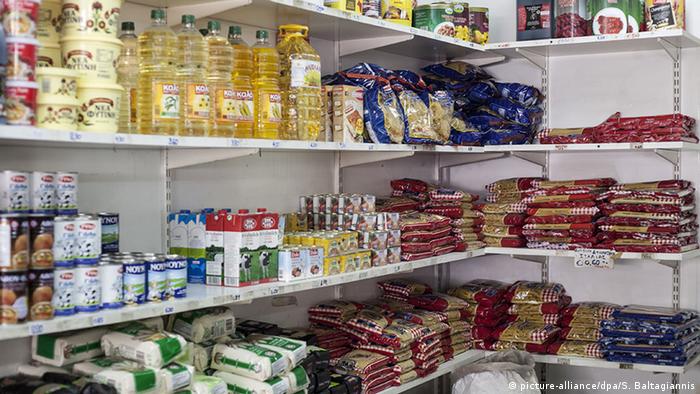 For the first time since the end of the Cold War, the German government plans to encourage its citizens to prepare for a catastrophe or an armed attack by stockpiling food, water and other supplies, the "Frankfurter Allgemeine Sonntagszeitung" reported on Sunday.

The civil defense strategy would require citizens to have a sufficient supply of food, water, energy, money and medicine to wait out a period until the state would be able to initiate a response to a catastrophe or attack.

A spokesperson from the interior ministry declined to comment on the contents of the paper until a Wednesday press conference.

The 69-page report said an armed attack on Germany was unlikely. However, as a precaution people should "prepare appropriately for a development that could threaten our existence and cannot be categorically ruled out in the future," FAS quoted the report as saying.

The civil defense strategy was originally commissioned by a parliamentary committee in 2012, but its release comes amid a raft of new security measures in the country.

Germany's interior minister wants new surveillance technology and a ban on backpacks at major events. Thomas de Maiziere says the security measures can be implemented without infringing on civil liberties. (21.08.2016)

Exercises for an internal German military deployment could start as soon as November, a state interior minister has told media. The anti-terror drills involving Bundeswehr and police would be the first of their kind. (20.08.2016)